Musical Tribute in Rockport and Schooner Festival in Gloucester...

After anchoring in Rockport we immediately went ashore …
What a gorgous place, with boutique stores.

We came across a “large” building which we found was their theatre.
(The Shalin Liu Performance Centre)
We thought we would see if they had anything on while we were in Rockport.
They had a musical tribute that was being held the next evening.
The view from the theatre was magnificent!
I don’t think Our Rose will have a photo like this anywhere else in the World! 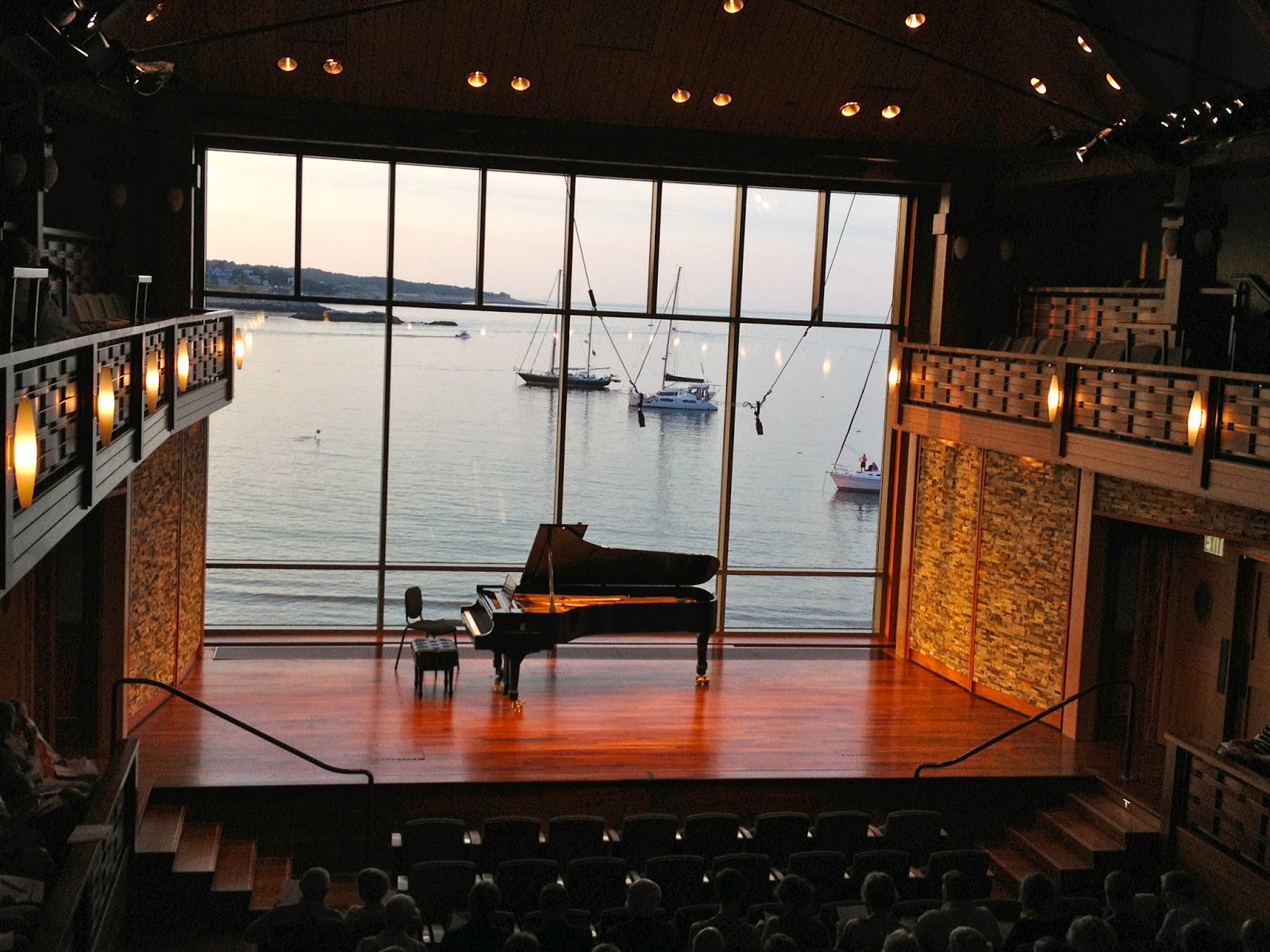 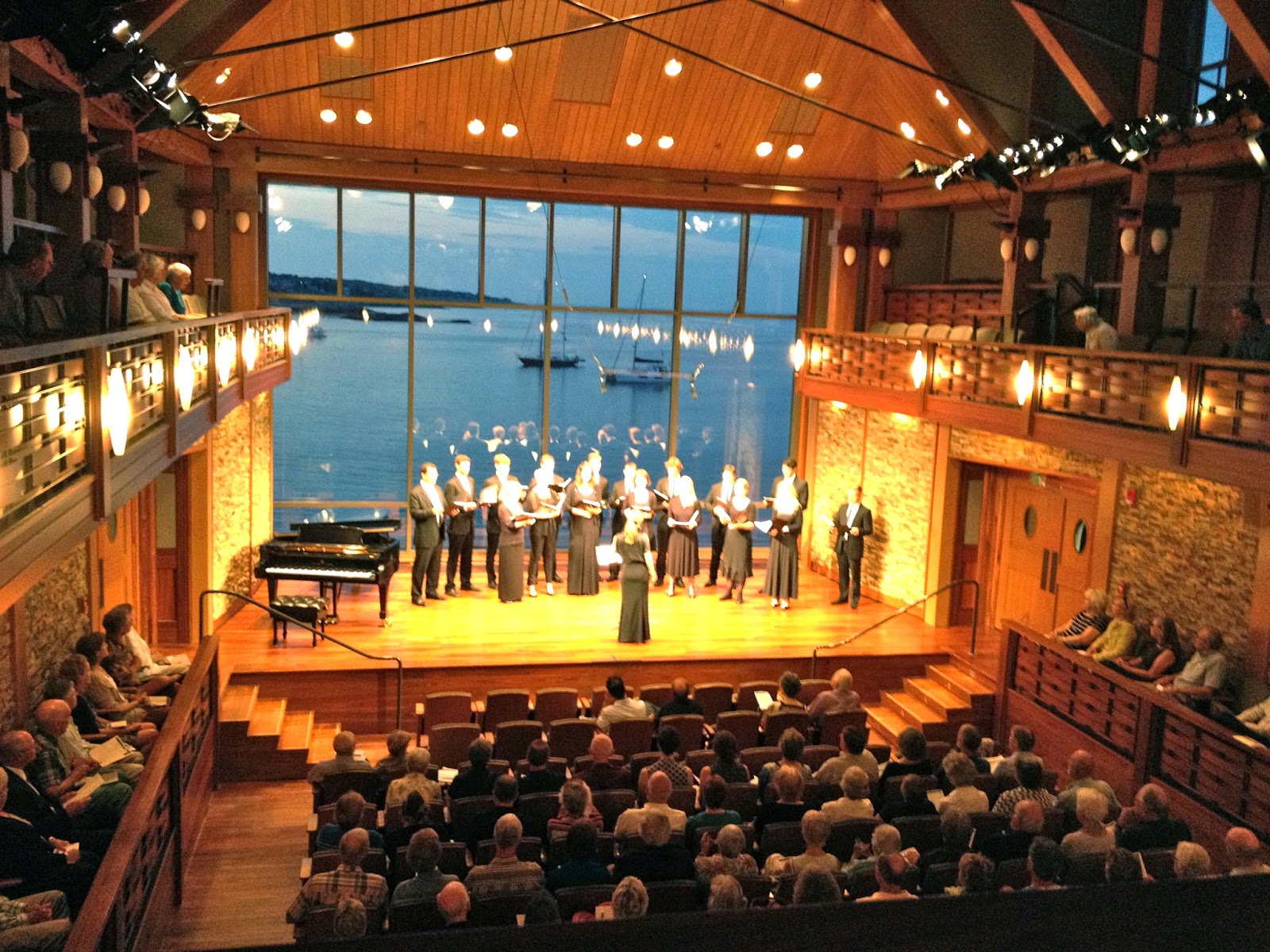 After the concert, we were invited to join people for refreshments,
It was while we were enjoying a glass of wine that we were extremely lucky to be introduced
to Warren and Martha.
This gorgeous couple live 6 months of the year in Rockport, 6 months in Arizona – this is when they are not on Holland America Cruise ships,
where Warren lectures on “Globilisation” (Warren is in his 80’s!)

Warren and Martha invited us to their home on the following Sunday for dinner,
As we were moving onto Glochester for the Schooner Festival, they also offered to drive over to collect us.

We had the most wonderful evening with them,
and also Brian and Linda friends they had invited to meet us.
Behind the photo of Warren and Martha is a Maori Carving
that they bought on their trip to NZ 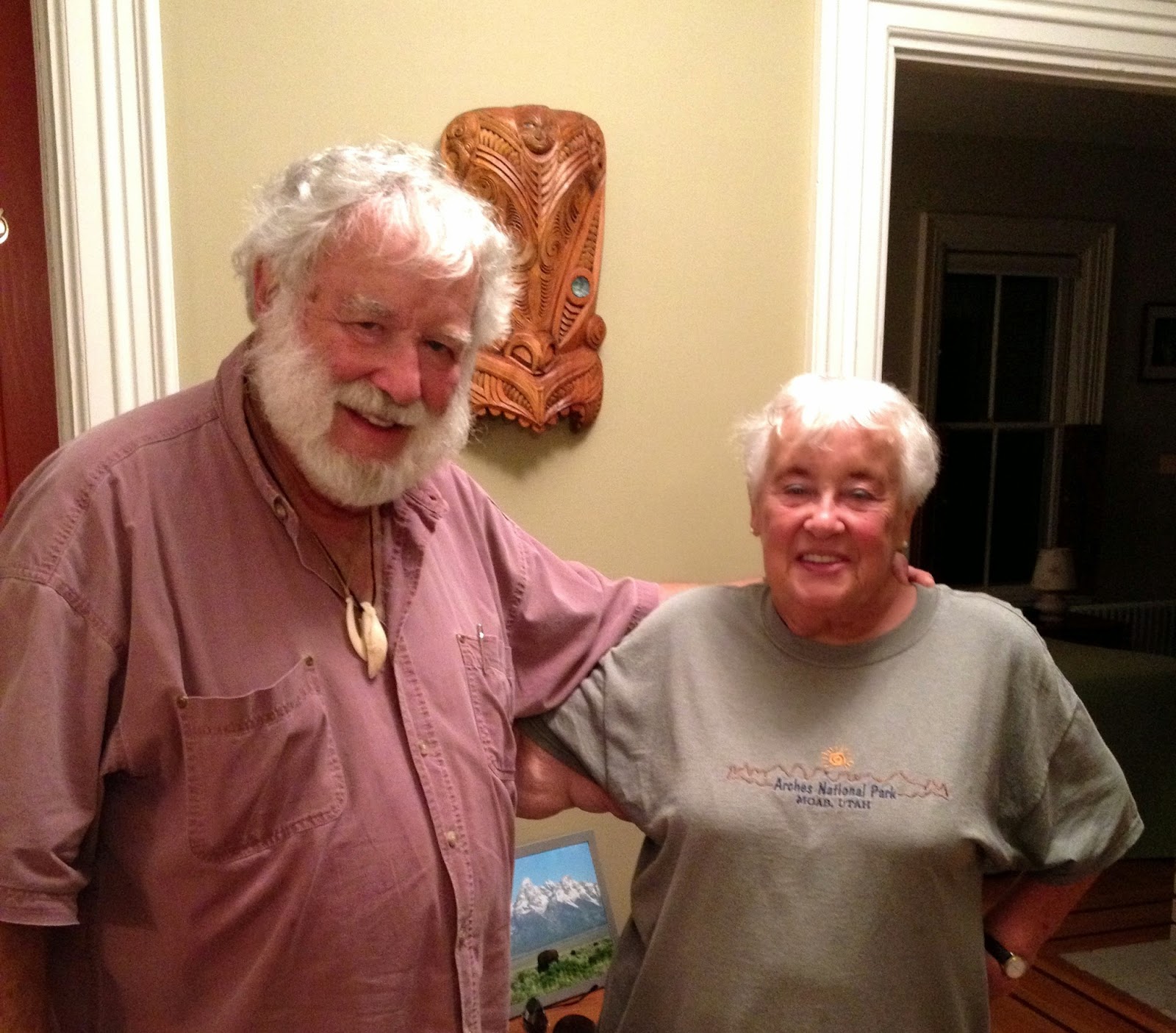 When we arrived in Gloucester we had to go and see "The Castle".
John Hays Hammon Jr built his medieval style castle to serve both as his home
And as a backdrop for his collection of medieval and Renaissance artifacts.

The castle housed the Hammond Research Corporation,
From which came over 400 patents and the ideas for over 800 inventions!
2nd only to Thomas Edison in number of patents, John Hammond was one of Americas premier inventors. 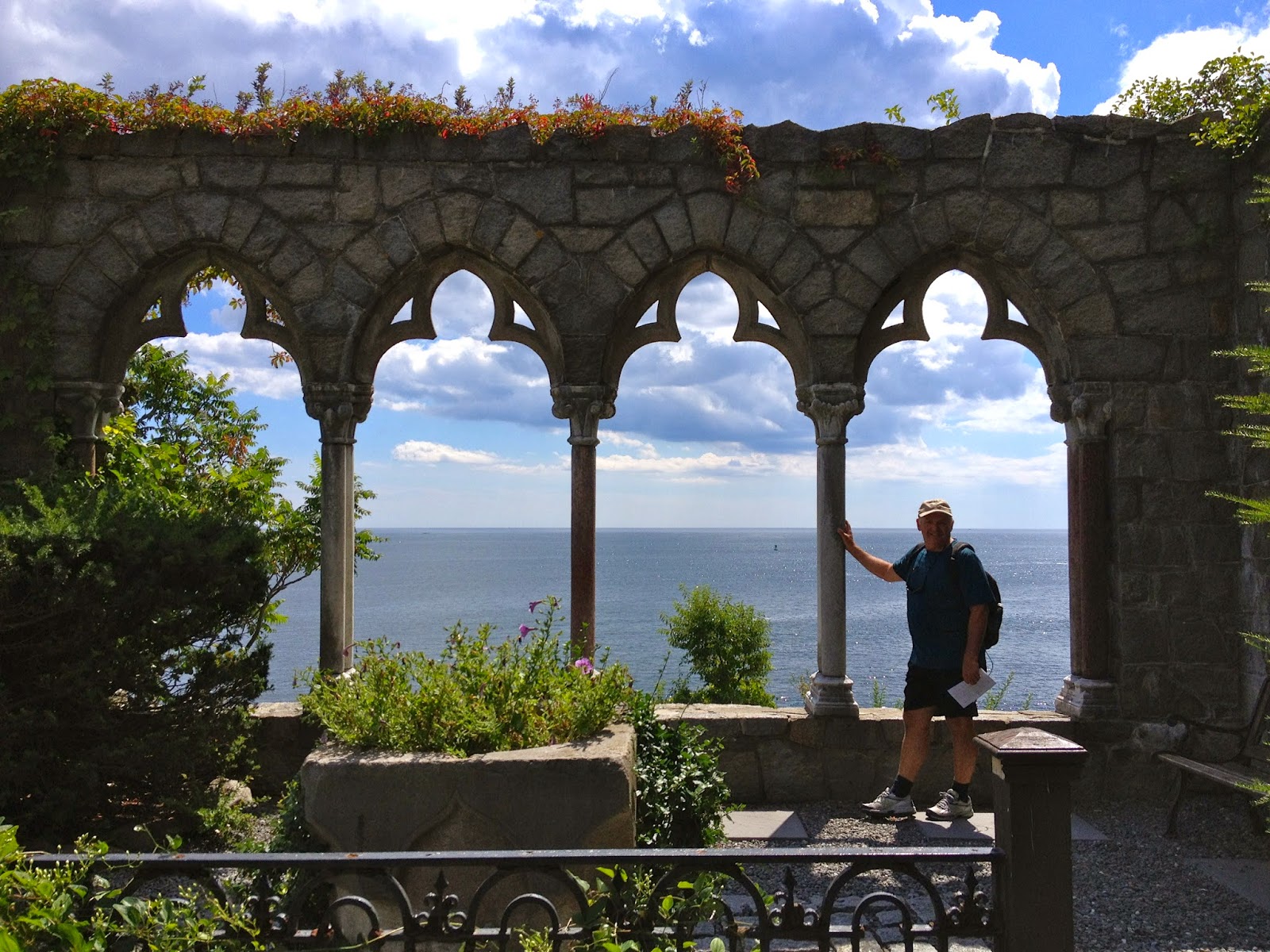 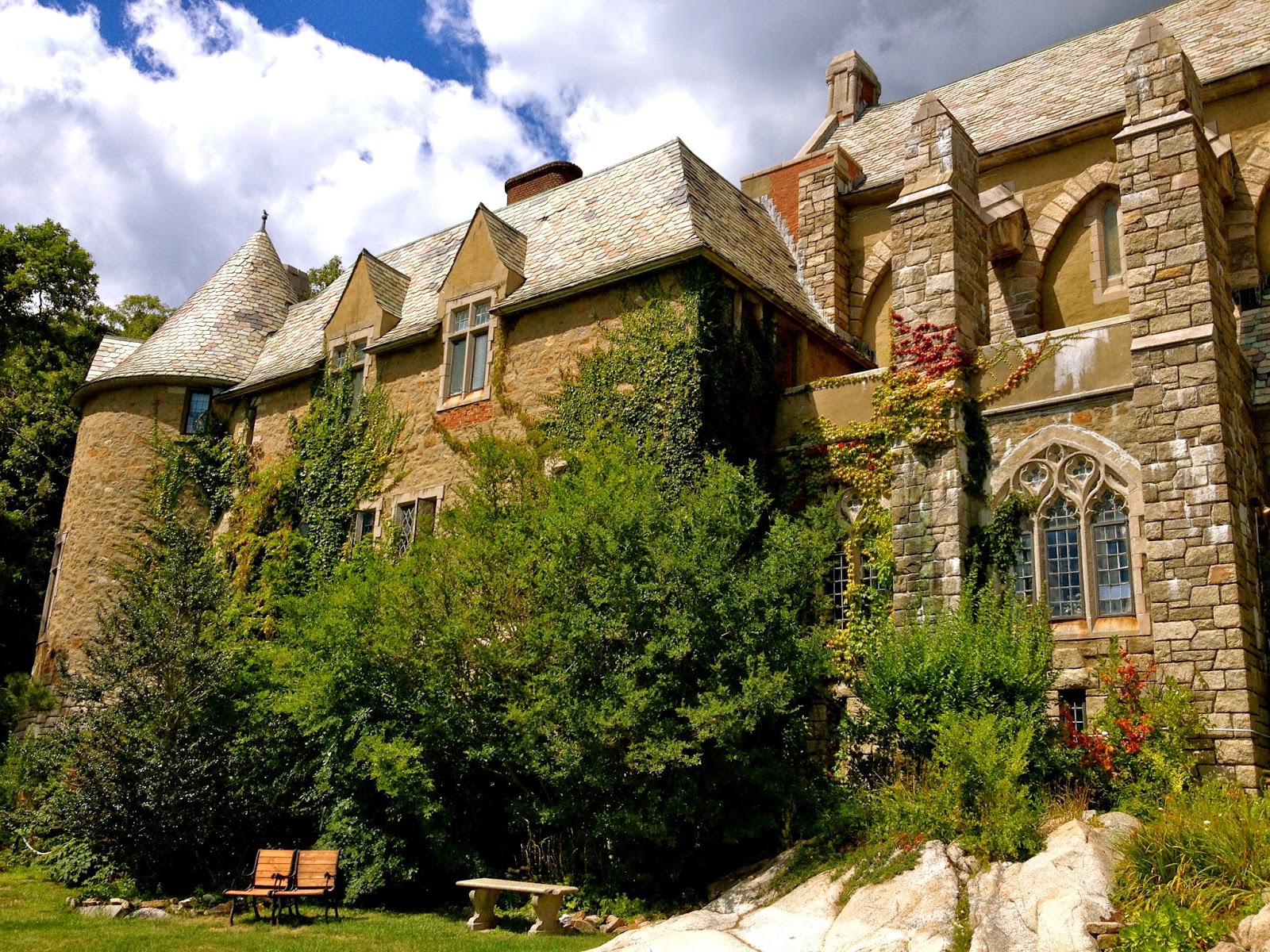 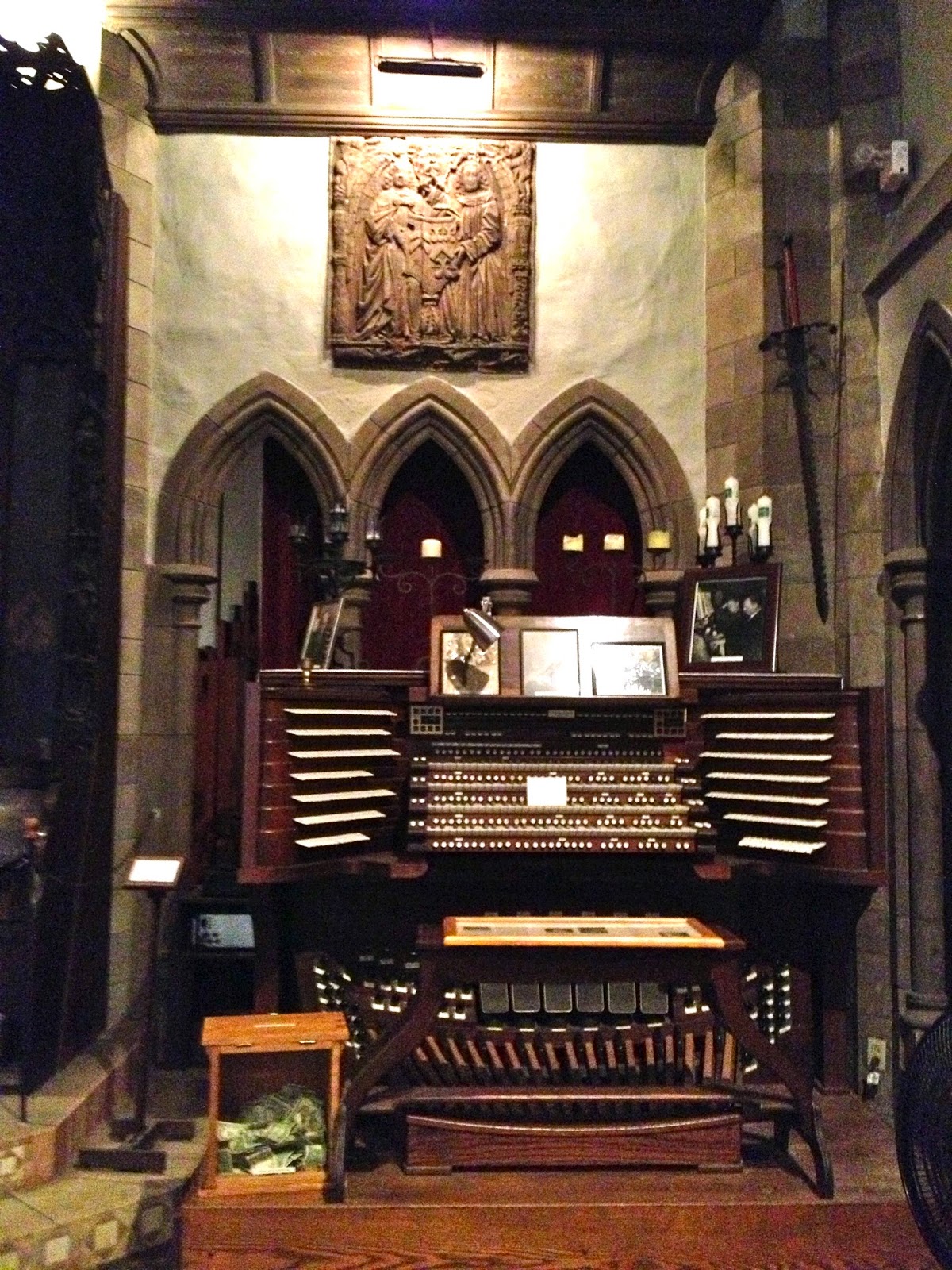 This garden within the Castle walls was designed to with a number gadgets
To have weather patterns occur – fog knee deep, thunder and rain all at the fingertips of John Hammond to amuse and startle his guests 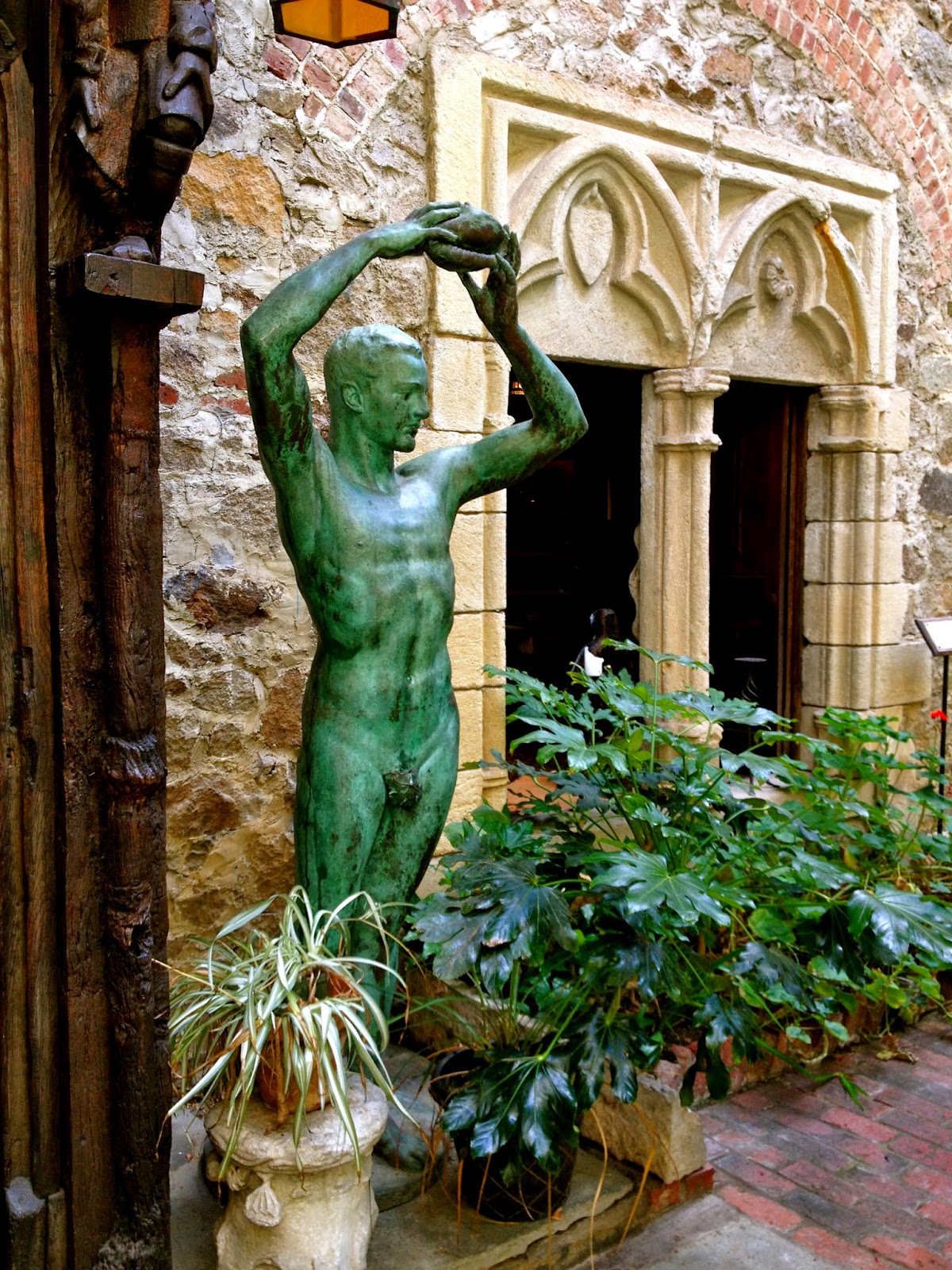 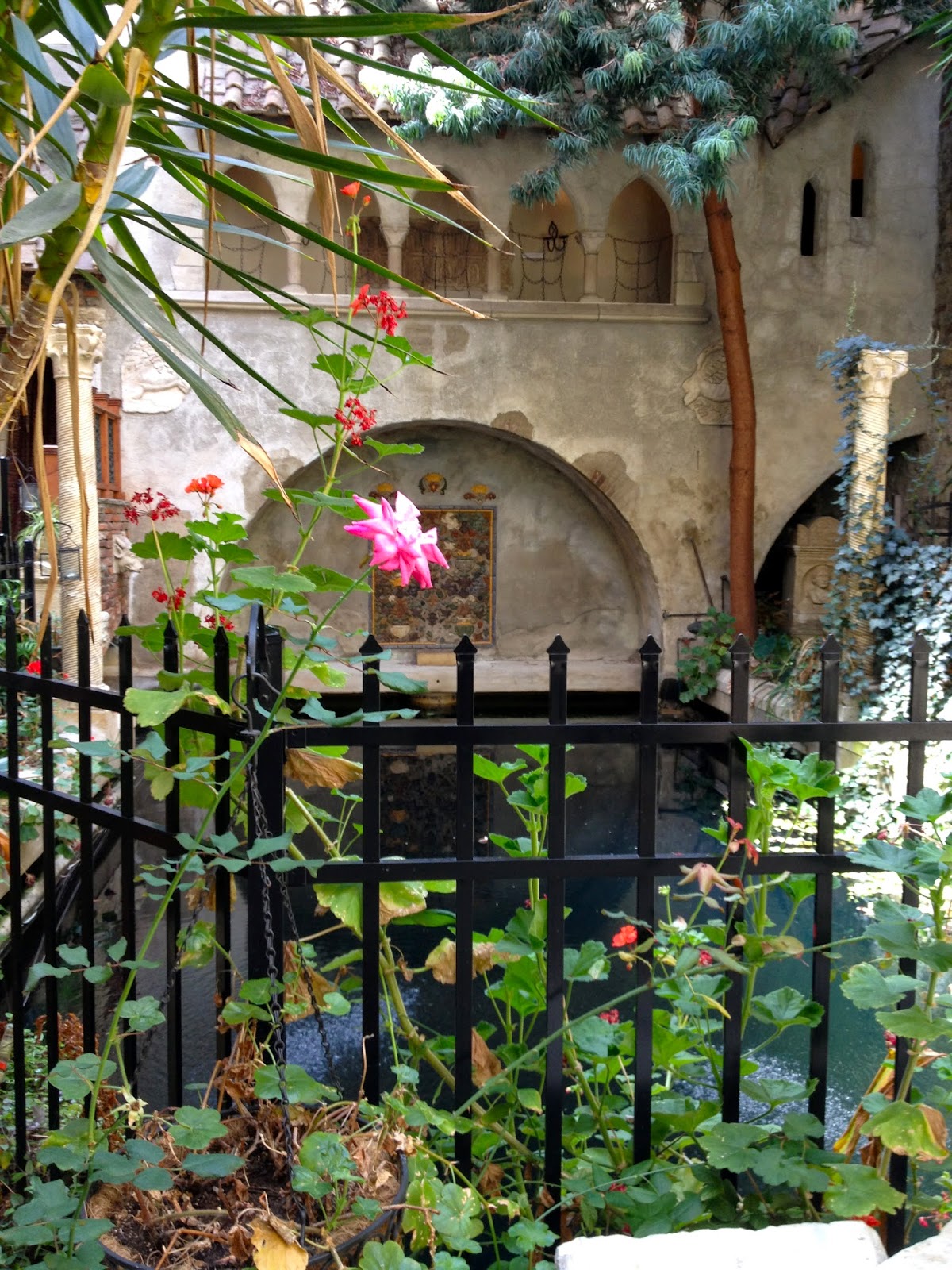 He also had the guest rooms designed, so that when the door closed
You were unable to see where it was – another trick on his guests.

The Barque "Eagle" is  the United States Coastguard tall sailing ship
used for training purposes.
We were lucky enough to have a tour over it 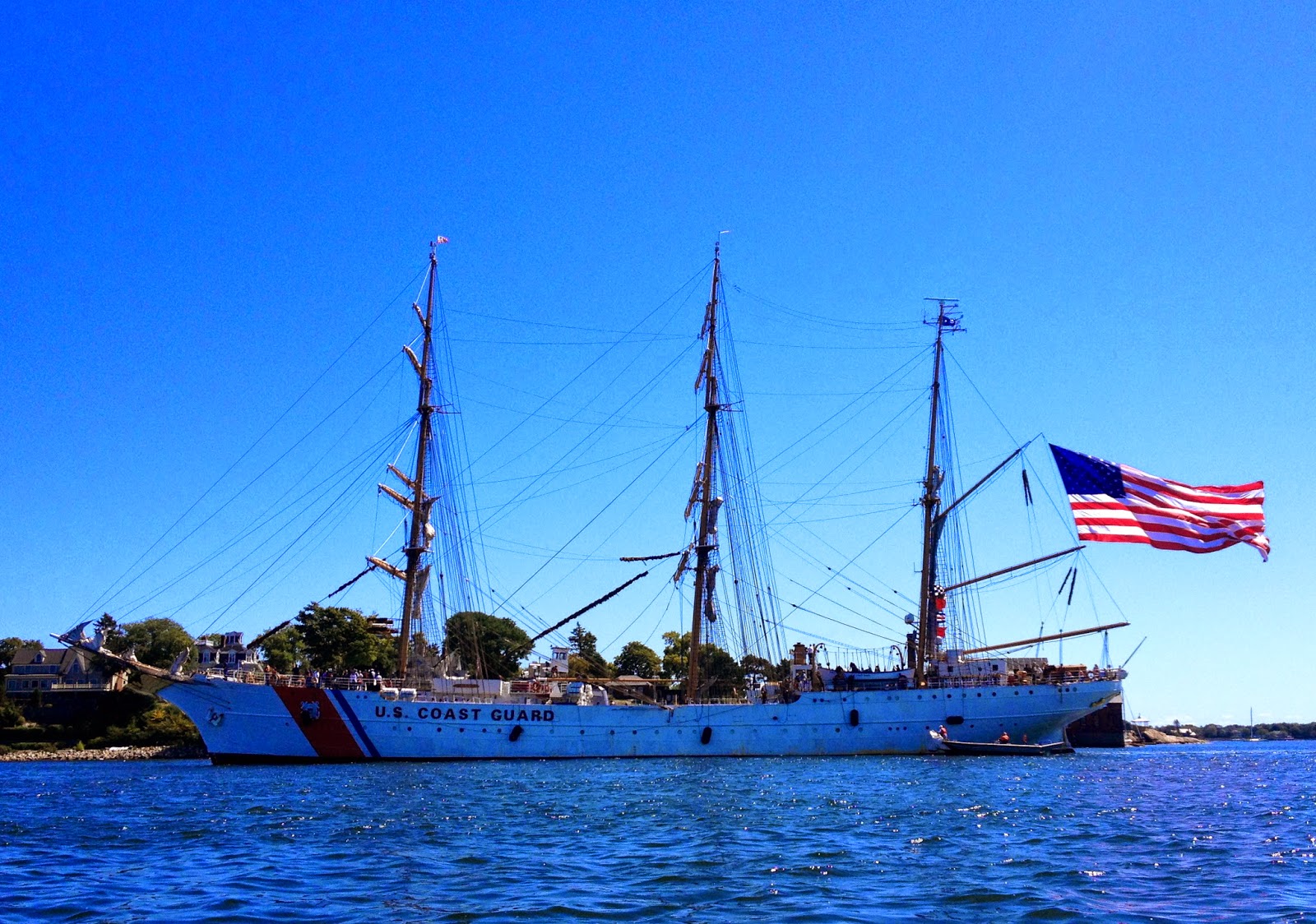 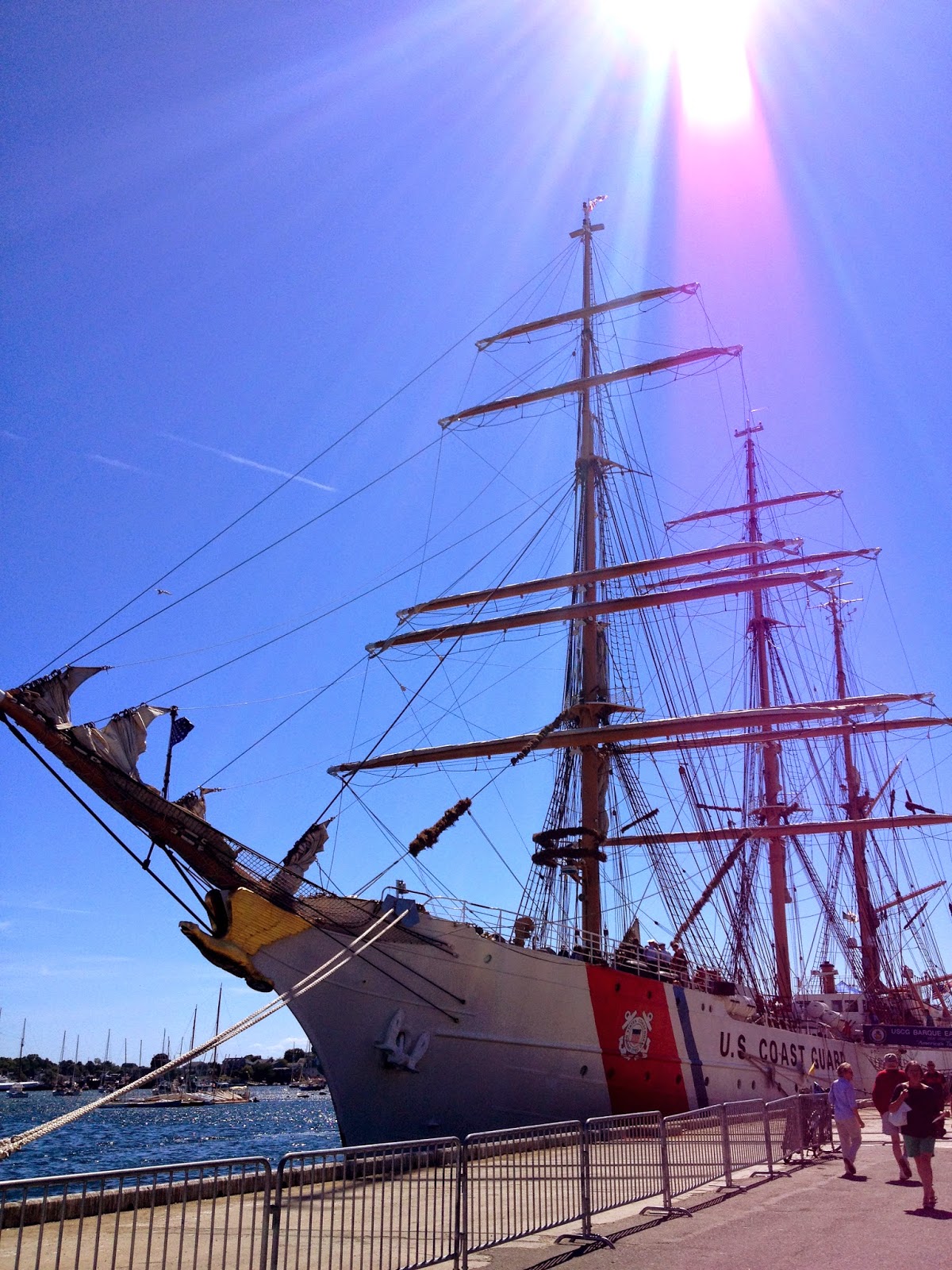 We arrived in Gloucester in time for the 30th Annual Schooner Festival
What a wonderful sight! 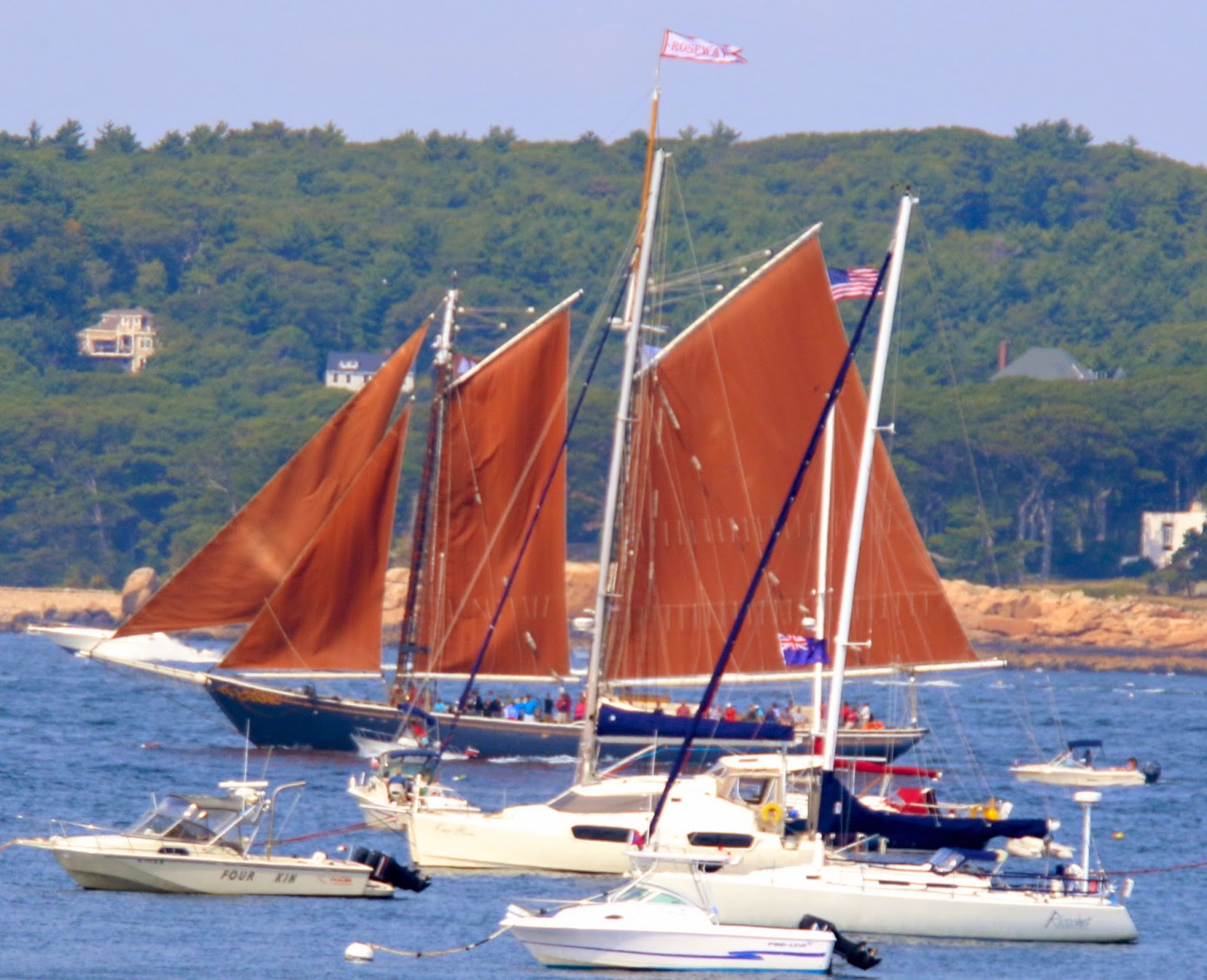 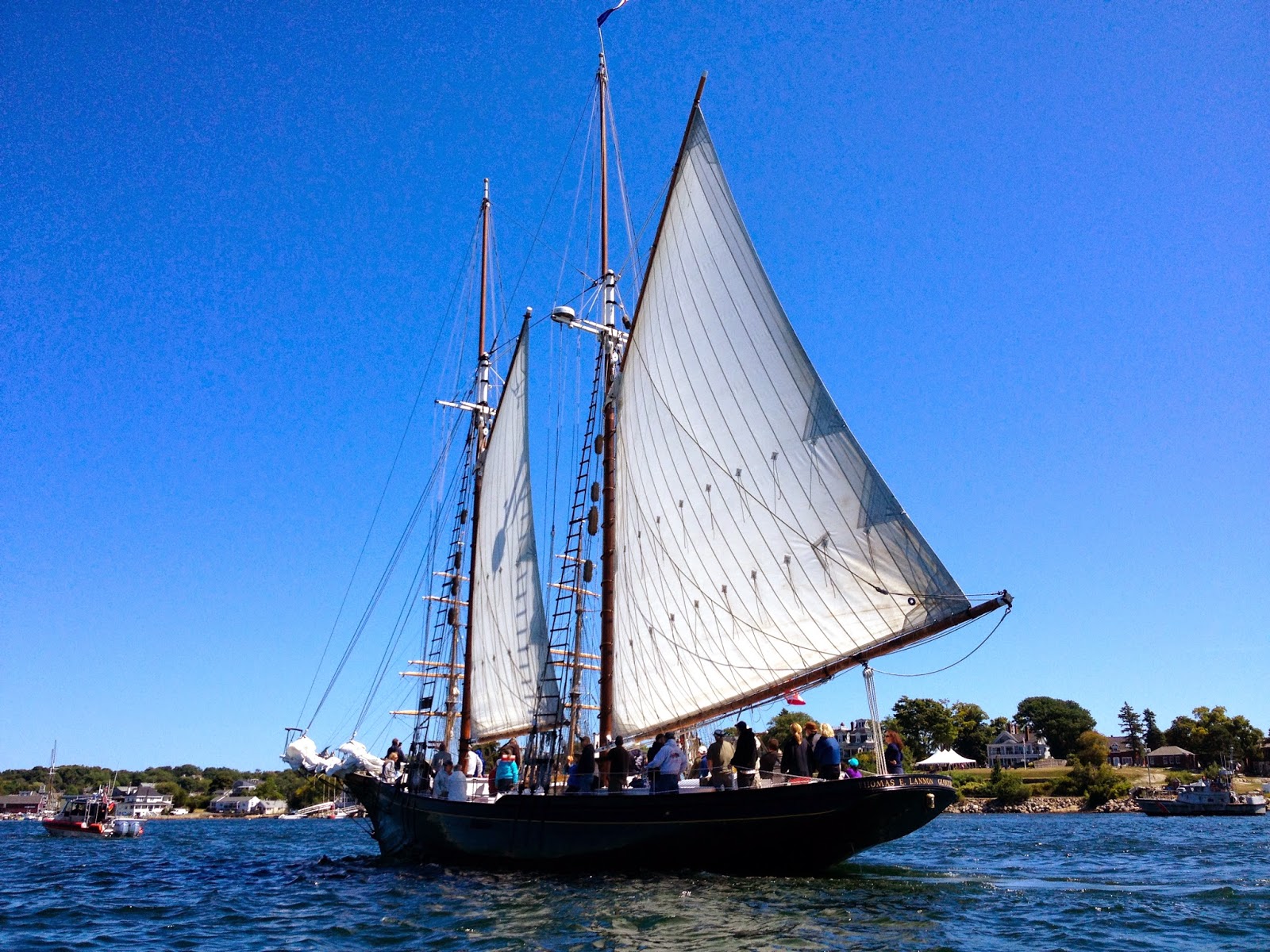