Race Week and the rest of Fiji...

Fay and Phil (Jigsaw) had invited us,
along with Carola and Jim (Koza) to crew with them for Muscat Cove Race Week.

Pirates Day was not to be missed, with the requirement to dress as a Pirate or a "Castaway".
Water Bombs and Water Guns were at the ready as we headed to Beachcomber for the festivities.
We were "kidnapped" by Pirates 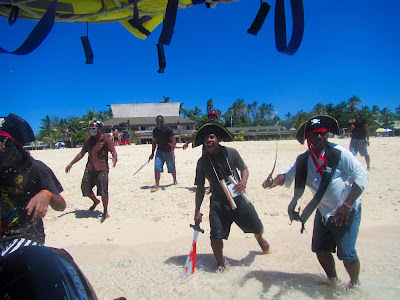 made to walk over hot coals,
before being given a shot of rum (11am in the morning!)

Everyone had dressed up, and the day rolled on 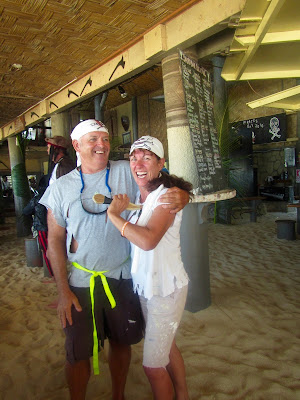 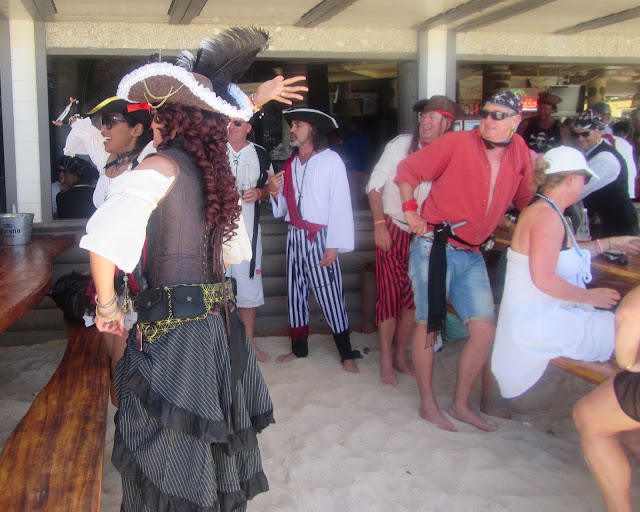 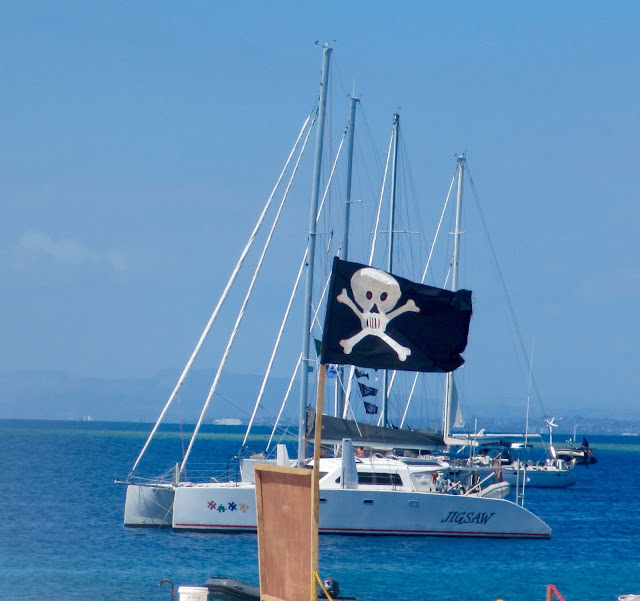 Another day was the race to the Sandbar,

One of the competitions here was the "hairy chest" competition
The judges (women) had to stroke the mens chest and decide on a winner
(don't ask what the Woman competition was hahahaha)...

There were also Hoby Cat races, which Richard entered with 8 year old Will from Yollata
(what a gorgeous location!) 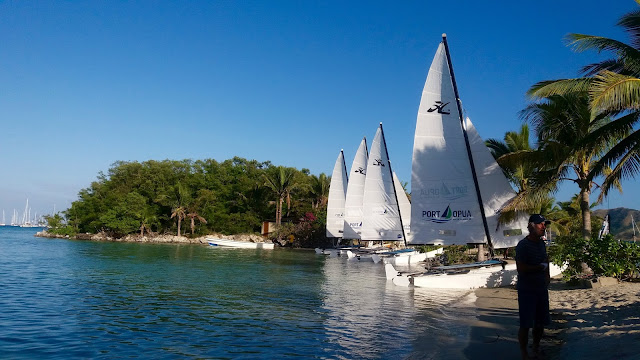 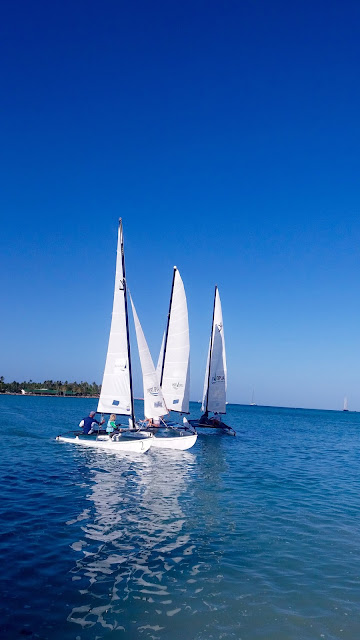 They won their first heat, and got to race again, to be pipped at the post...

However, Phil and Jim also entered and were the Champions!

The "Big" race was the round the island race...
Jigsaw and Out of the Bag are the same design, so the rivalry race was on!

Would you believe, we lead the race and got beaten by Bill by 1/2 a boat length over the line

THANK YOU to Fay and Phil for such a awesome week (and Carola and Jim too)...

After Race Week, we headed to Robinson Crusoe Island where we attended a dinner and show,
it was fantastic... 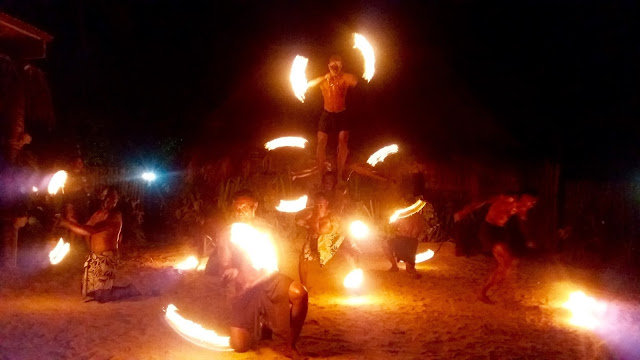 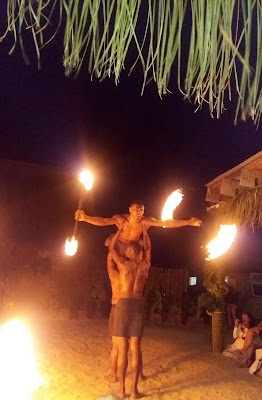 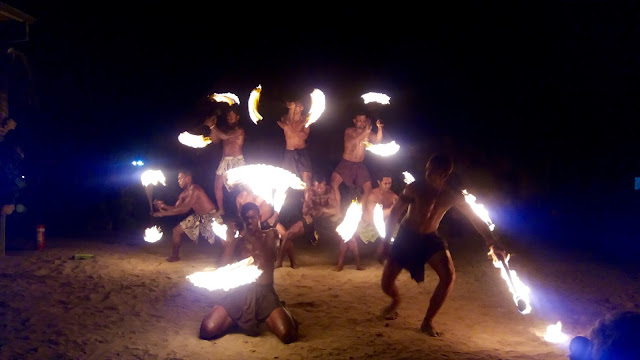 We then headed up the Yasawa chain, seeing some lovely scenery, both above and below water 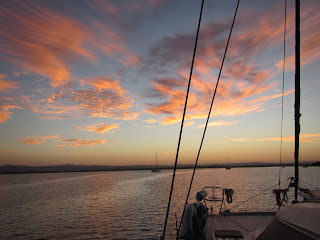 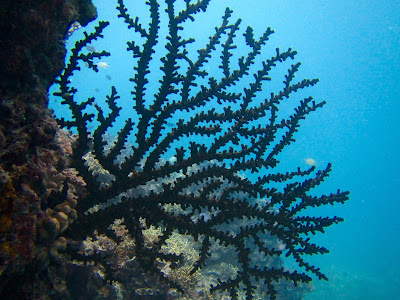 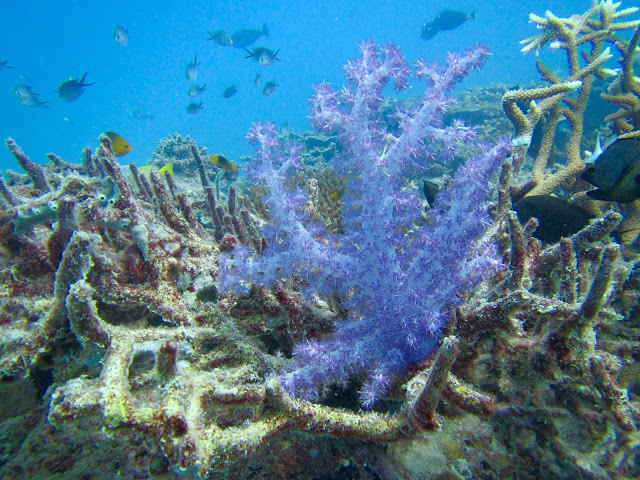 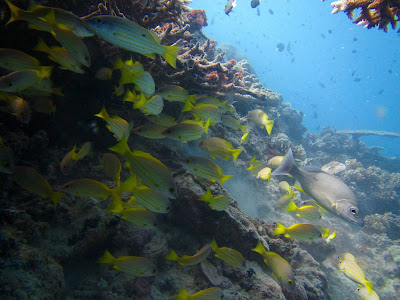 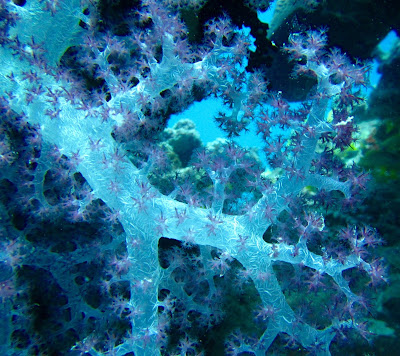 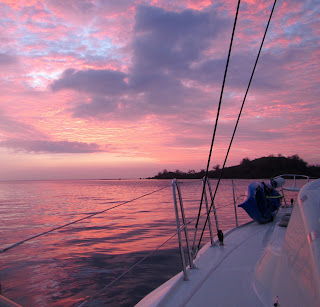 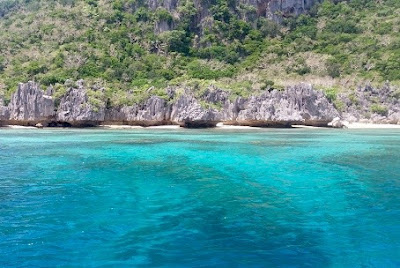 We thought the reflections off this small cruise boat were lovely 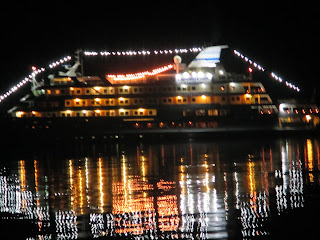 A Restaurant on Denerau Island - "cool"...

So its "Goodbye" to beautiful Fiji, we would love to stay longer!
Tomorrow we clear out and head 700nm to Noumea...
Vinaka Vaka Levu Fiji

Email ThisBlogThis!Share to TwitterShare to FacebookShare to Pinterest
Labels: Fiji