I think the thing that continually amazes us, is the colour and clarity of the water.
Initially getting used to the fact that you can "clearly" see the bottom,
makes you feel like it is much shallower than it is.

Also, the depth - which is rather shallow and picking your way around coral heads.

The Bahamas area is made up of lots of Cuts and Cays.  The cuts (especially) need to be planned for close to slack tide as the current and wind opposing in these can make them very rough
(some not do-able at all as they "break across the reefs")

We have made our way from Little Harbour to Clarence Town, Long Island, Calabash Bay, where we caught up with Bob, Judy and Leo from Adastra.  We also "unexpectedly" caught up with Bill from Out of the Bag - We had met Bill and Gene in Trinidad when we first arrived, it was so fantastic to catch up with Bill again (shame we missed Gene who was visiting Australia).  Then onto Rat Cay, Rudder Cut Cay where we went snorkelling on a sculture - purportedly put there by David Copperfield who owns islands in the area. 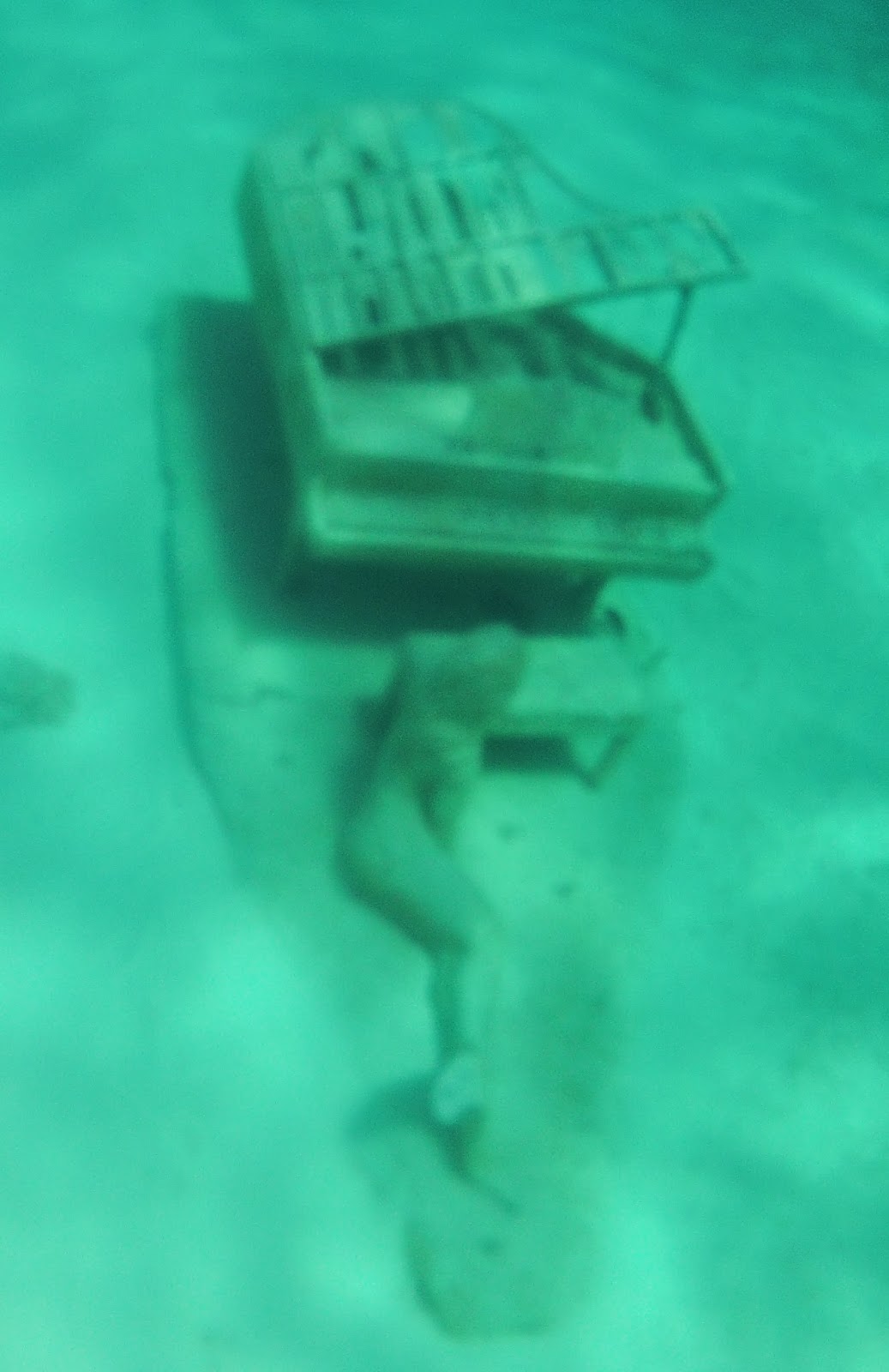 Little Farmer Cay, we went swimming with the Turtles 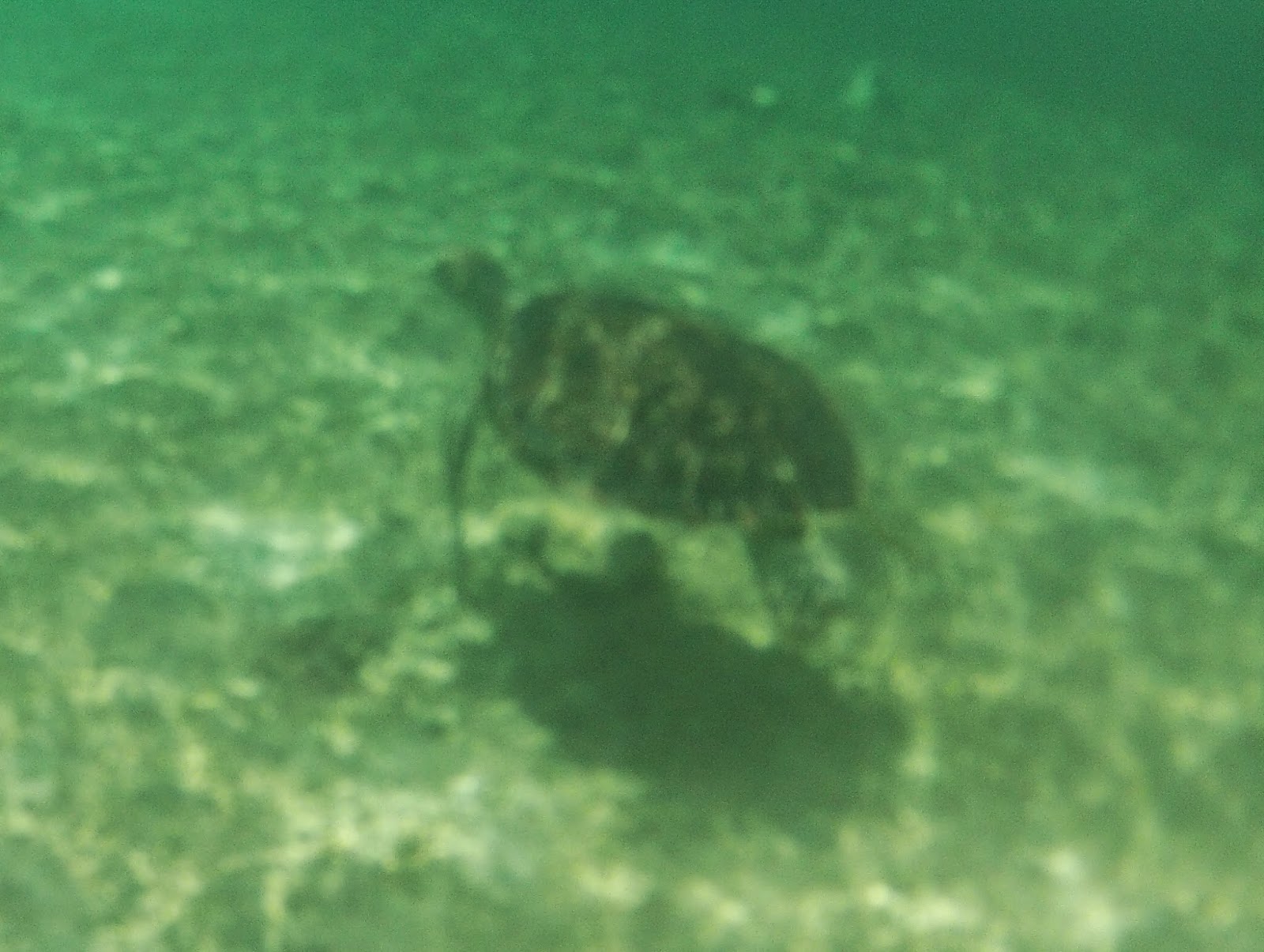 White Point, a beautiful sandy beach, we lit a fire and had toasted marshmellows 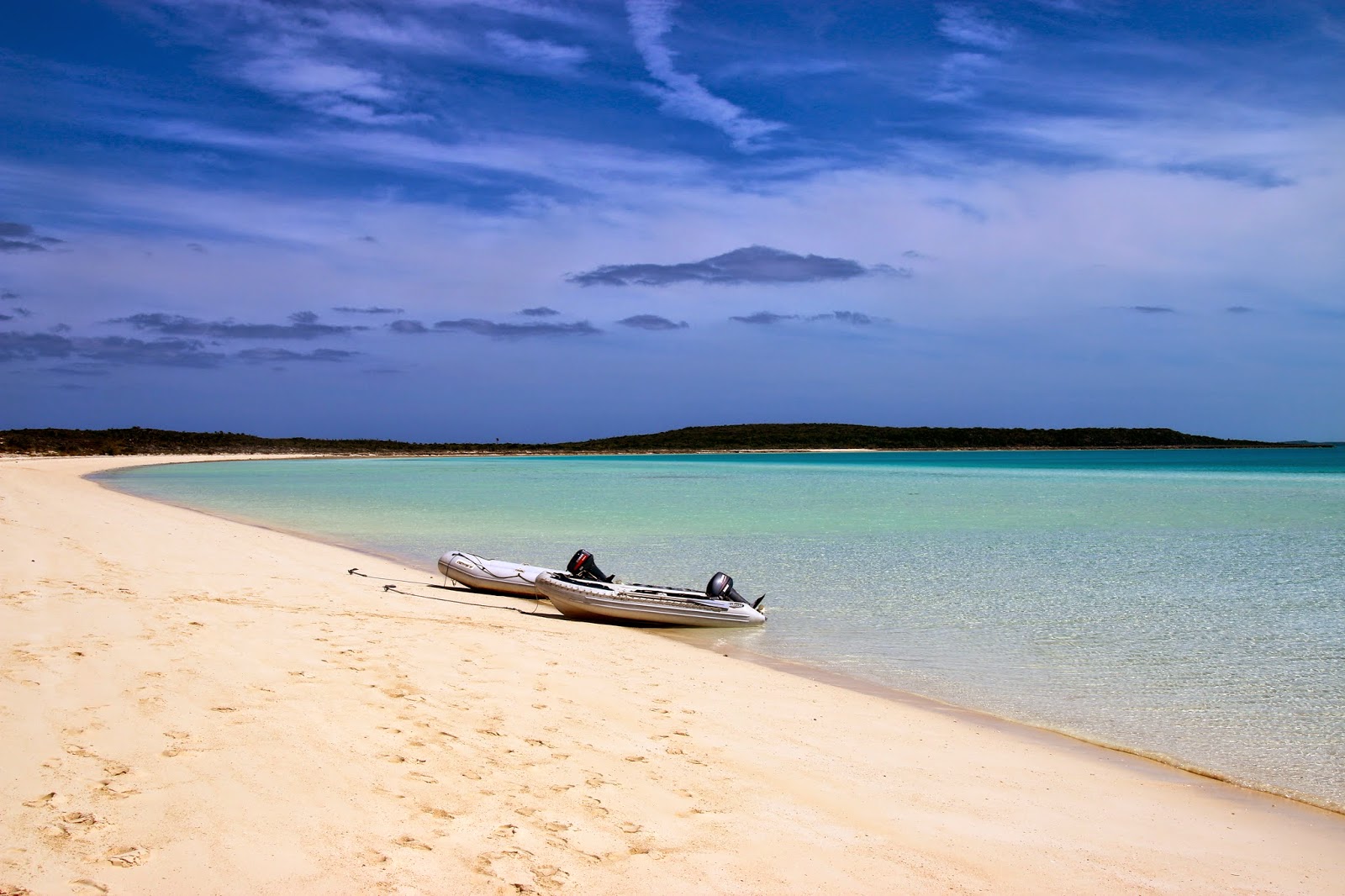 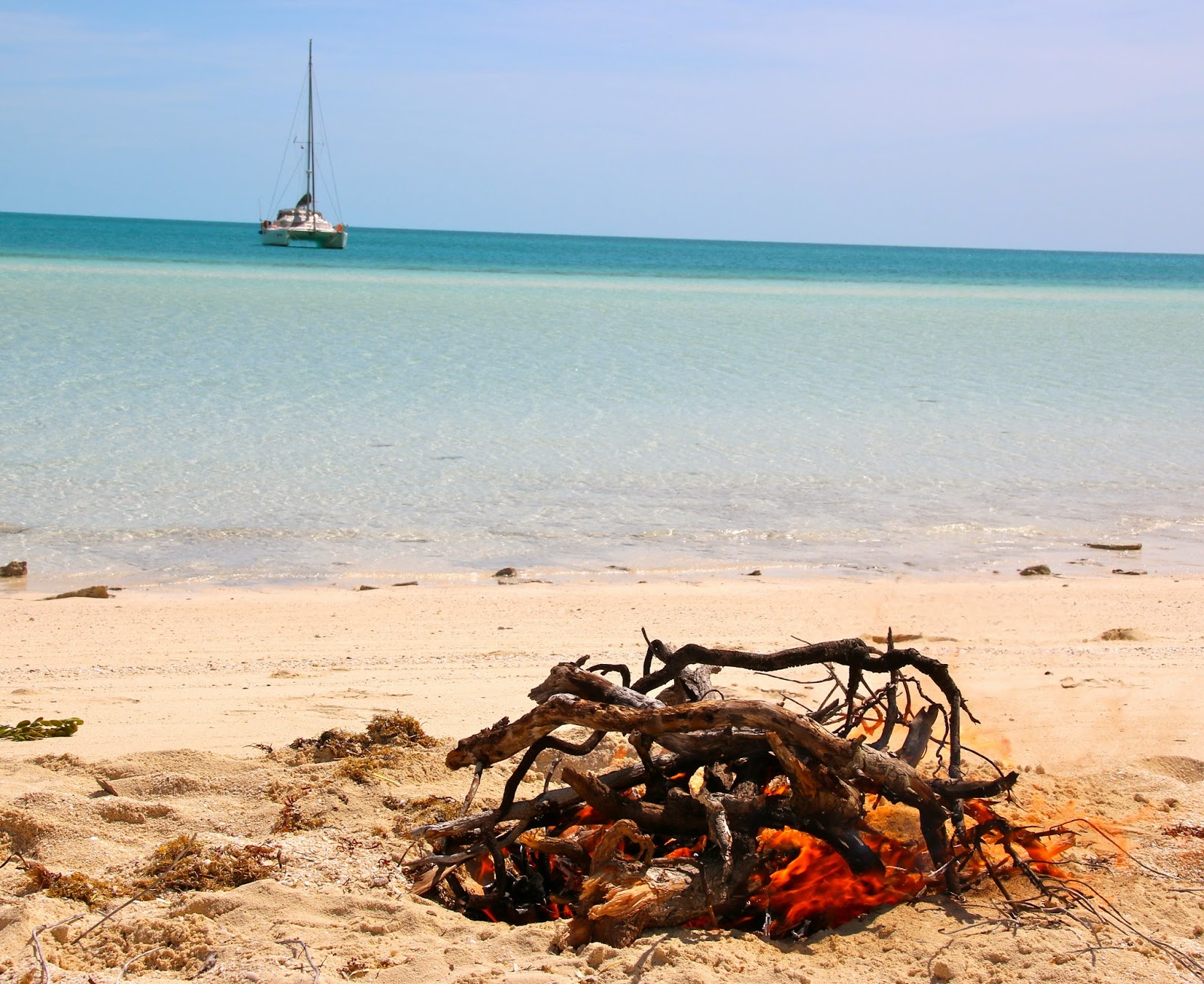 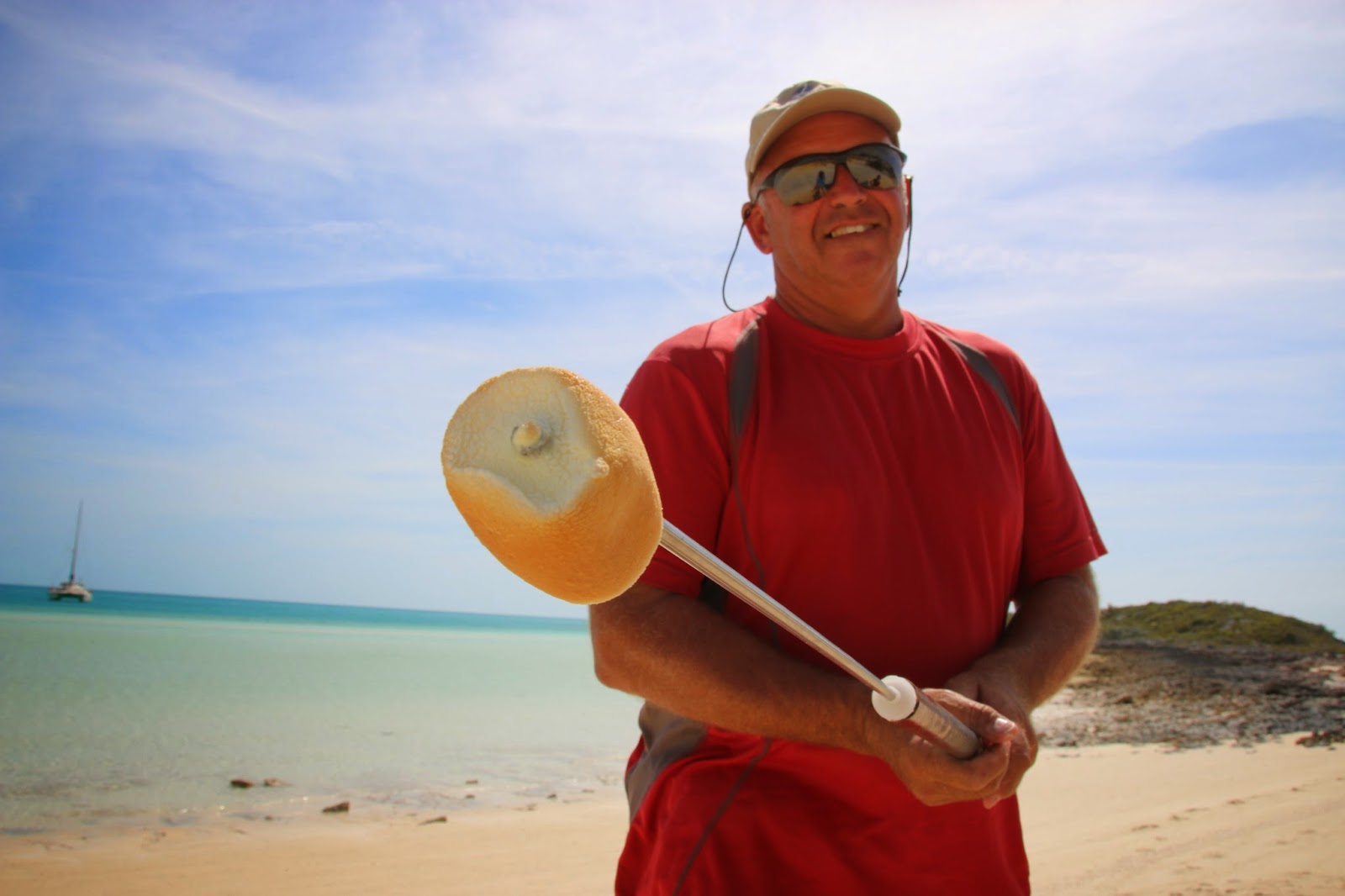 The sunsets continue to be beautiful... 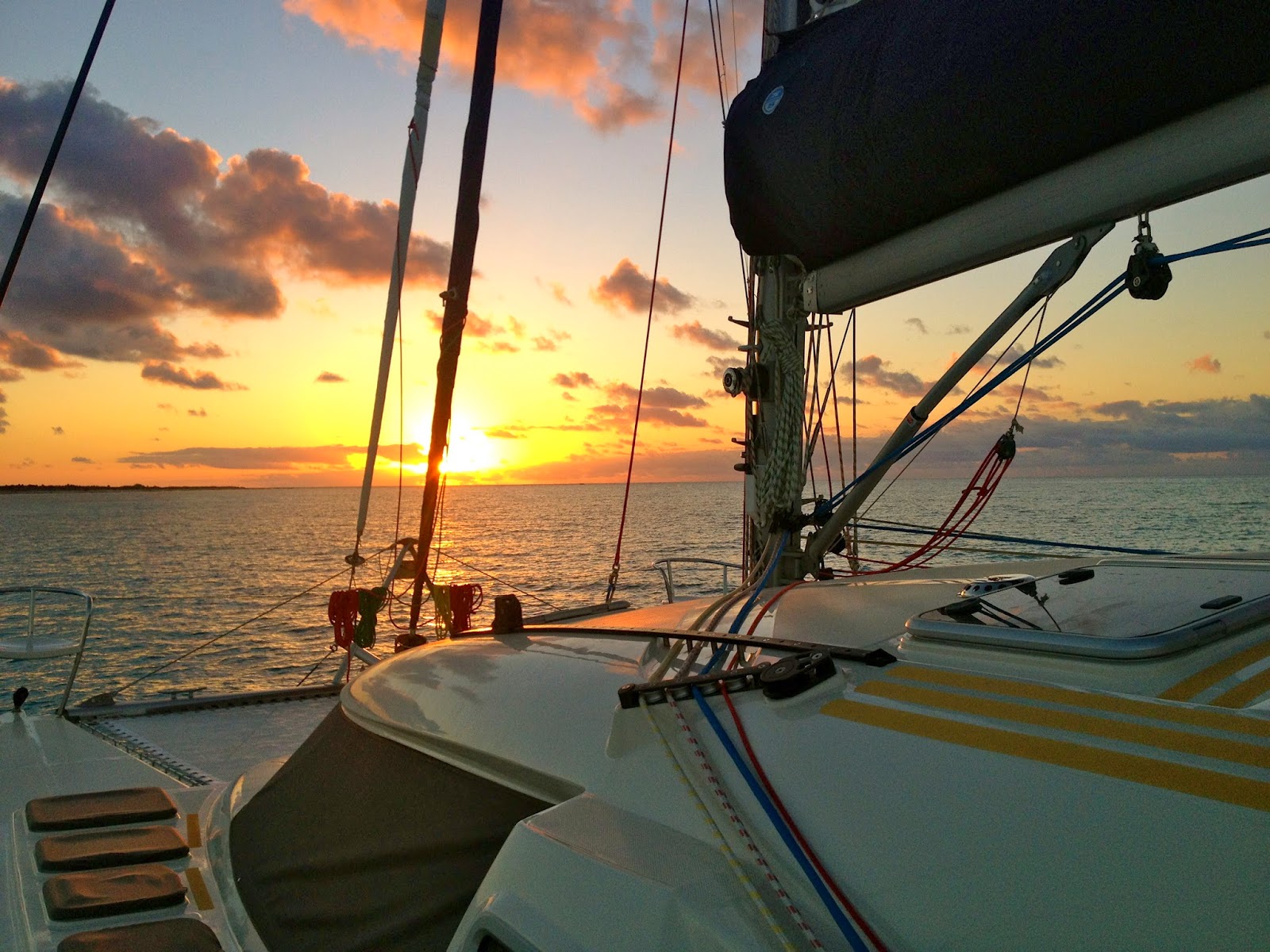 And now onto Black Point - the photos show the contrast of the colours of the water looking out over the inner Cay, then to Outer Cay 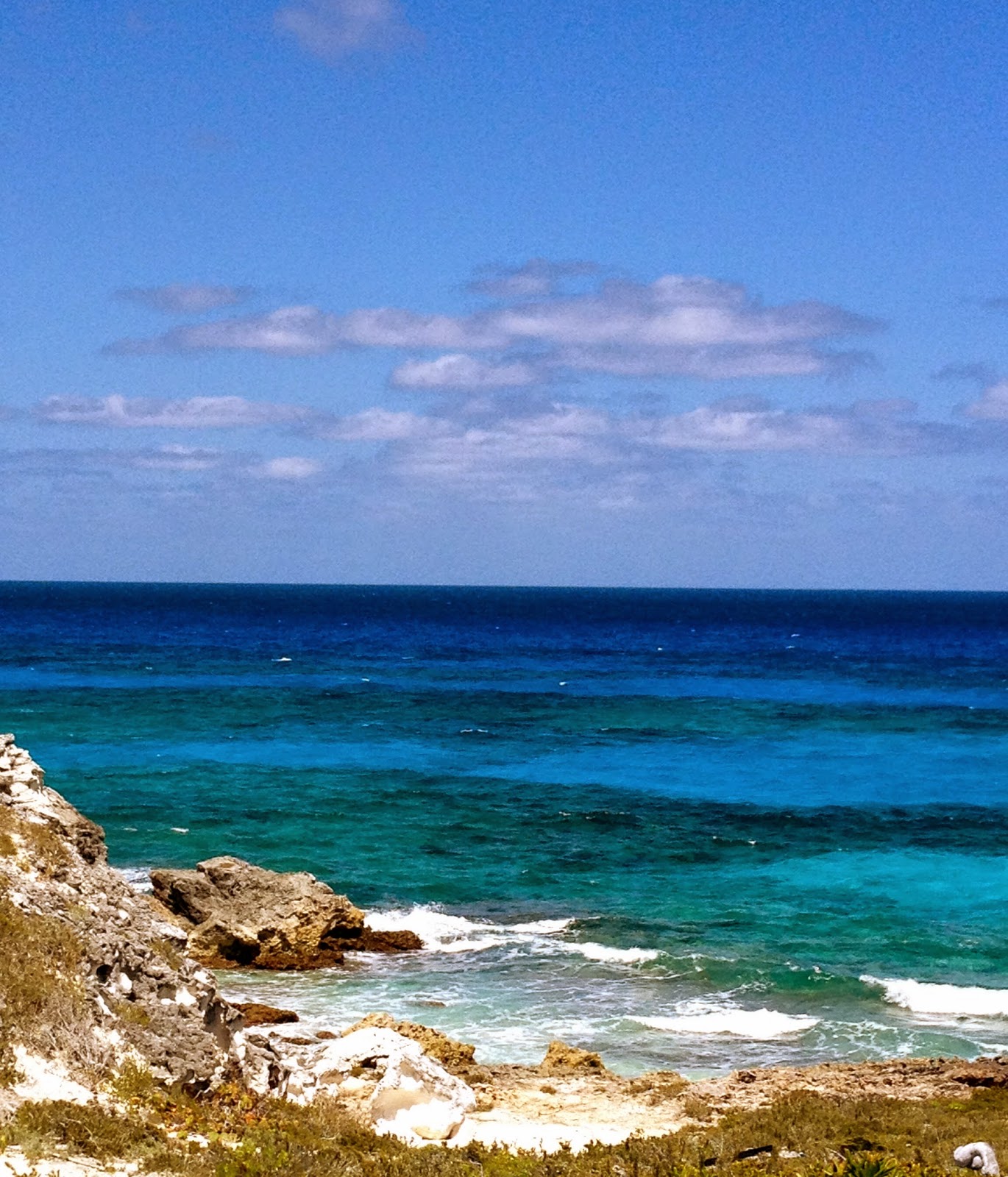 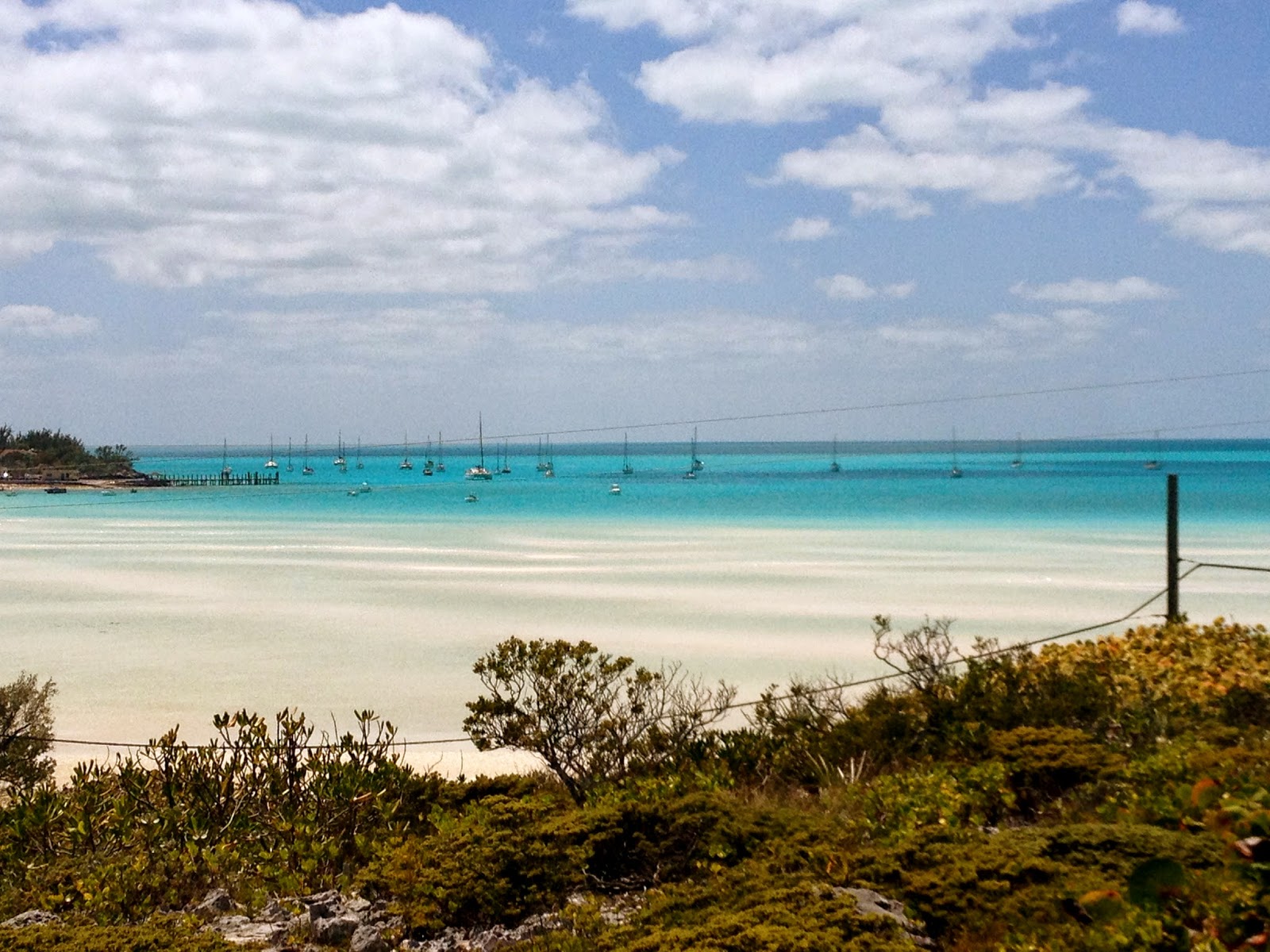 We are still travelling together with Teresa and Brett (Seismic Wave) and having lots of fun... 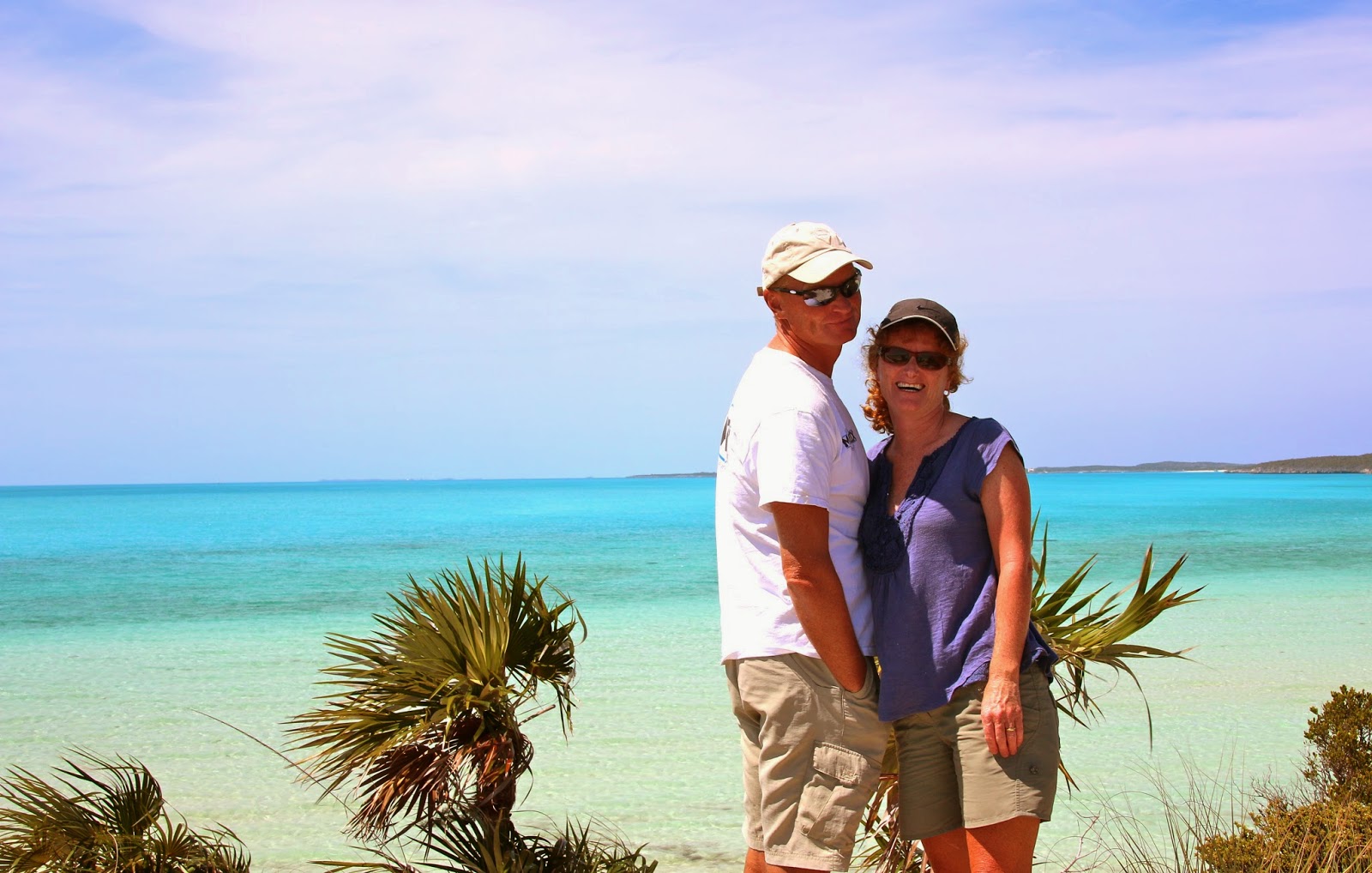 Email ThisBlogThis!Share to TwitterShare to FacebookShare to Pinterest
Labels: Bahamas