We hired a car and drove around Raiatea.
We were shown the process at a Pearl Farm, where the oyster has a host piece harvested from one oyster, inserted into another along with a "foreign" ball.
The harvested piece is what will determine the colour of the pearl

They are then put into these cages and put back in the sea for 18 months,
when the pearl has developed. 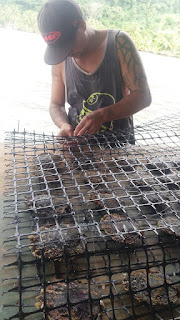 Taputapuatea is a large Marae complex at Opoa.
The site features a number of marae and other stone structures and was once considered the central temple and religious centre of Eastern Polynesia.
The Marae was established by 1000 AD.
Most significantly a truce known as the Faatau Aroha was established with the surrounding islands divided into two alliances known as Aotea (East) and Aouri (West).  This alliance lasted for many years and promoted an intense period of exploration, leading to the discovery and colonisation of all the islands of Eastern Polynesia, including Hawaii, Rapanui and Aotearoa (New Zealand). 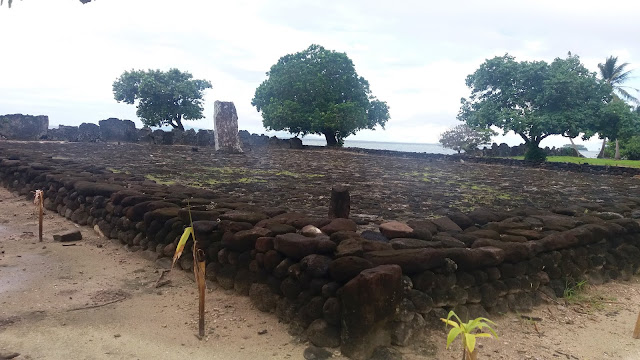 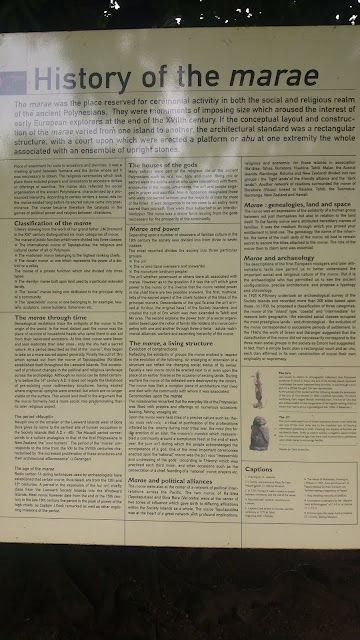 The scenery is lovely with tropical plants and waterfalls... 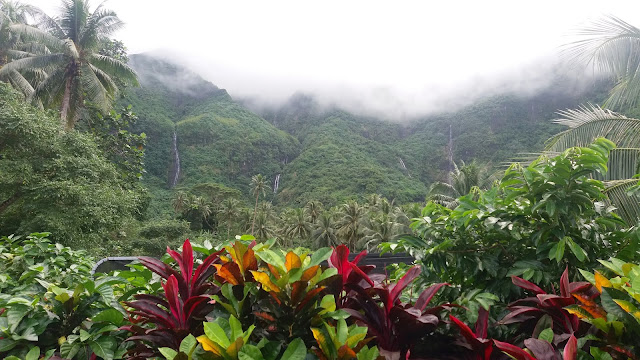 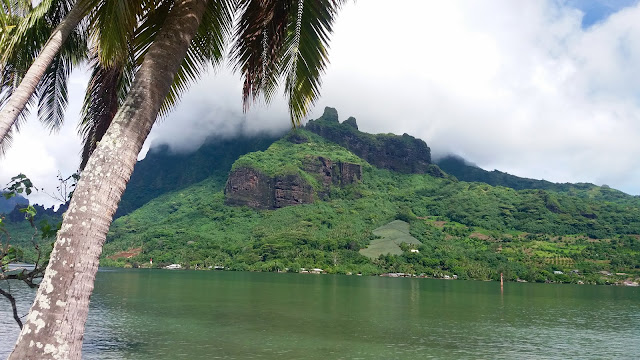 Look what we found in the supermarket - Yes, NZ Lamb - as in a whole one
plus anchor butter and Hokey Pokey Ice-cream  - heaven! 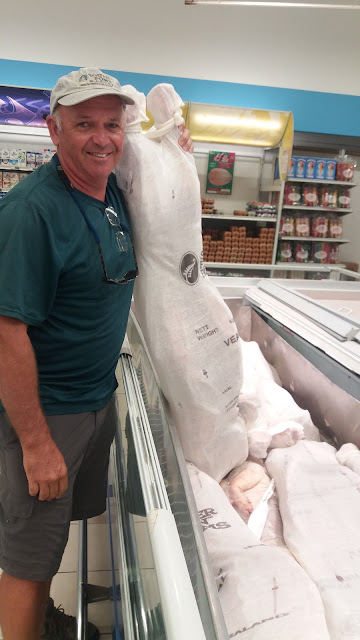 Over at Tahaa we went snorkelling at a spot known as "The Coral Gardens"
The coral was so healthy with lots of marine life - I will let the photos tell the story... 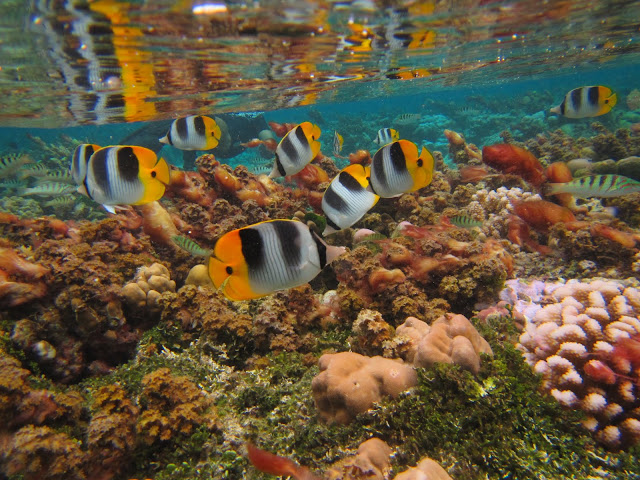 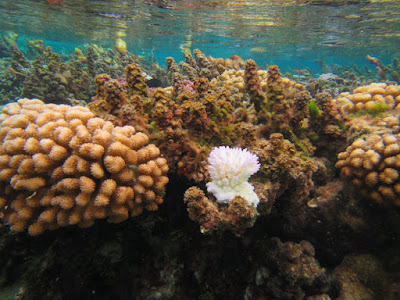 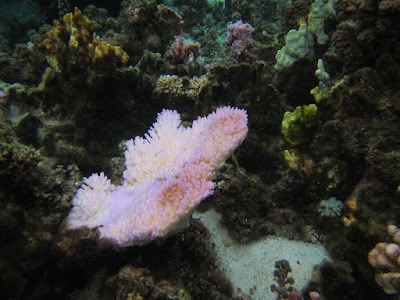 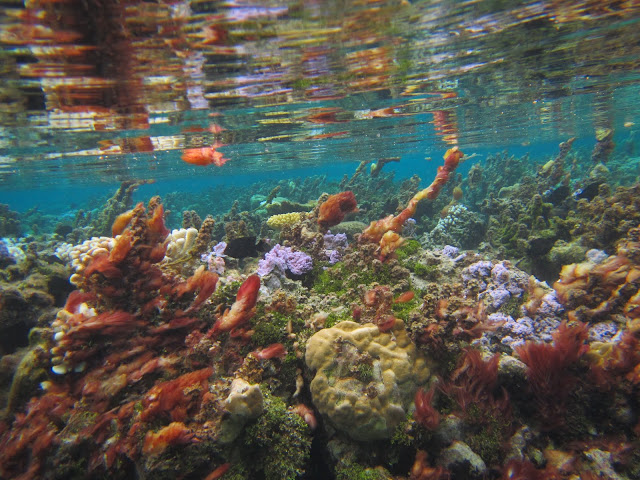 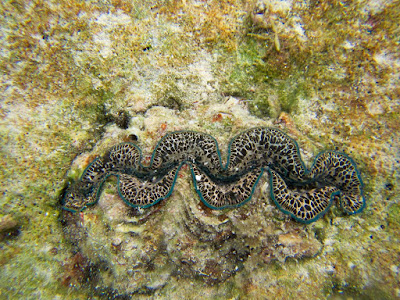 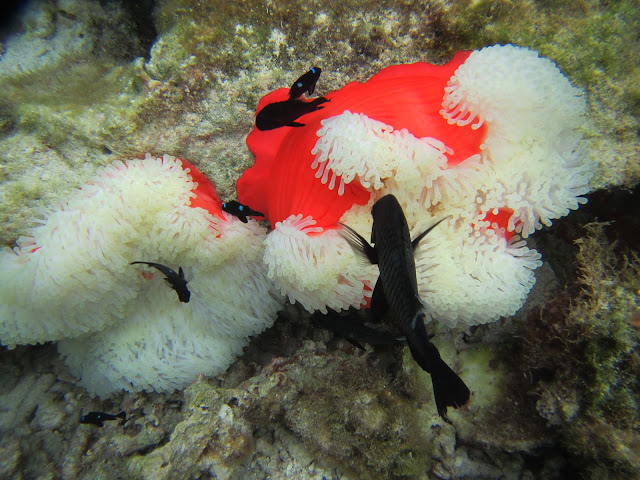 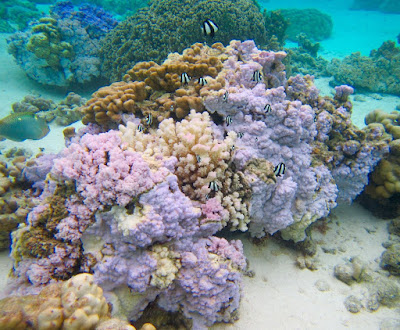 After Tahaa, we headed back to Raiatea to collect our Screecher which had been repaired.
We were then ready to head to Bora Bora.
We had just gone through the pass when the stiching on our Headsail came away along the bottom and up most of the outer side - the UV had disintegrated the thread
so, it was turn around and back to our wonderful sail repairer.

As it was a long weekend, it could not be repaired until she reopened on the Tuesday.

I had found NZ Lamb shanks in the supermarket, so I slow cooked these with red wine, rosemary, whole head of garlic (halved across) star anise, onions, carrots etc etc
4 hours later when ready, these had to be enjoyed with a very special bottle of red wine.
Our darling friends Chris & Michael had sent a special bottle over for us with Lynnette
Thank You, Thank You 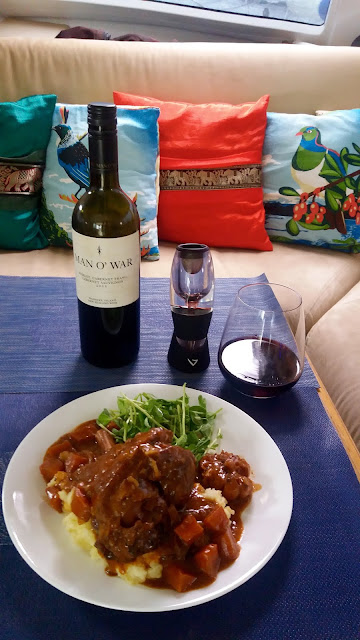 Tuesday our headsail had been repaired - using Tenana Thread (teflon coated) which will last many years.  Wednesday morning it was goodbye Raiatea and Tahaa 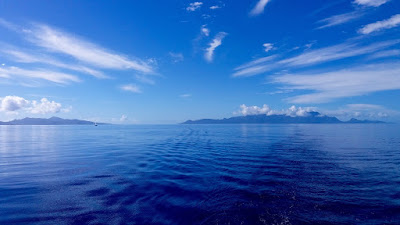 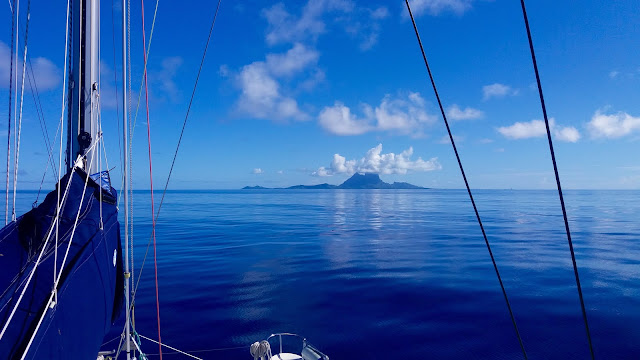