Saturday was the anniversary of our Hannah Robinson leaving us... we bought these roses for her... 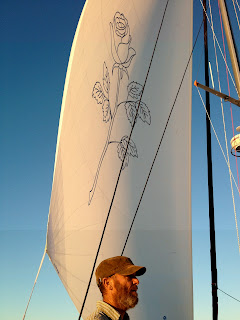 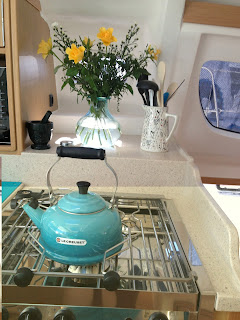 We finally received our "Screecher" on Friday, with the beautiful rose on it.

Rudi had asked us if we would take Deslynn, Himself and Phil Southwell (the Maverick designer) out for an afternoon on Our Rose, so we also asked Mark (our delivery captain) to join us, along with Francois from Raymarine. 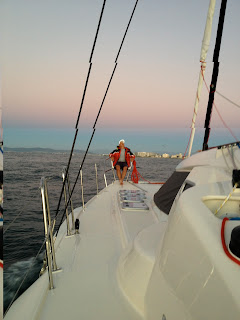 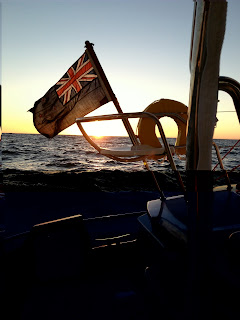 Building Our Rose has been a real journey.  It has had a lot of happenings, with the latest being that our Anti-Fouling, after only three weeks is coming off.  We could not believe our eyes!  Rudi had used International as the base, however had been approached about using another product for the top coat - he had been told that it was the "best" thing, however it was overlooked that there needed to be another bonding agent used.  Long and short of this, Our Rose, after less than a month is now out of the water. 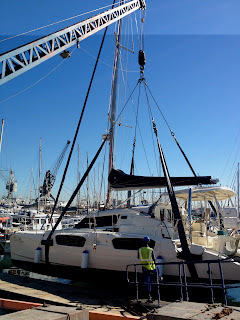 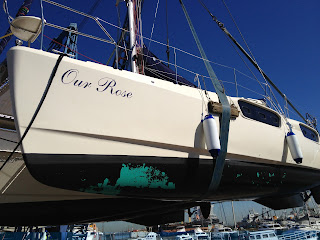 We have moved off her (we didn't think we would be doing that for a long time) and have gone away for 3 nights whilst this recent event is being rectified and Our Rose is being completed - she is still not yet finished, however we are hoping that all will be finished by the end of the week.  We are trying to stay positive, after so many issues.