For most part, I will let the pictures tell the story, with a brief explanation before each event.

Carnival is an event that is over a 3 day period, with NON-STOP partying!

We begun on Saturday evening with "Panorama" the finals of the Pan Band competitions.  We got back to Our Rose just after 2.00am

Monday morning begun with J'Ouvert - we were up at 4.30am for the 5.00am start.
Most of the very loud bands and Rum partying had continued through Sunday and to Monday morning.

J'Ouvert (with the Jab Jabs) are recognising slavery days.
This would have to have been one of the most extraordinary things we have ever been to.  There were "Oil" Stations driving around, where the people could "Oil" their bodies (using dark engine oil)
They covered themselves with the oil and had on either masks/and or chains or various props.  On a much smaller scale, colored paint was also used. 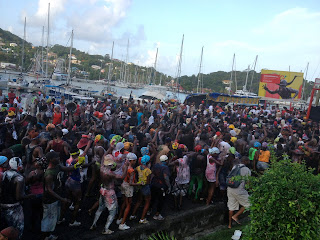 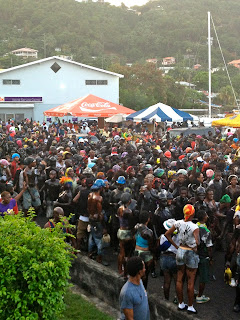 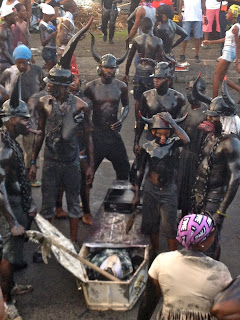 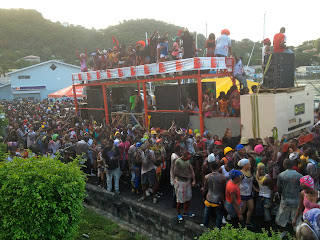 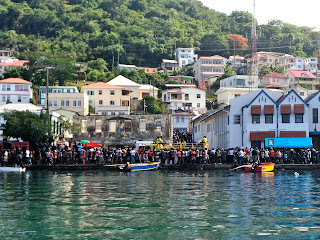 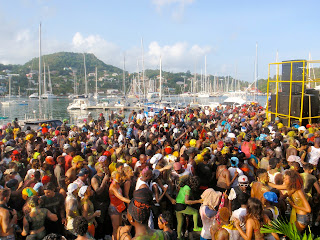 How cool is this guy - looking after babies ears! 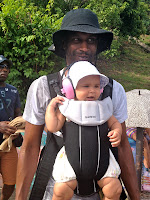 We finished the morning session at about 11am.  Went back to Our Rose for a rest, then headed back for the afternoon - "Pageant Mas".  They keep a very strict seperation between the Jab Jabs in the morning and the Pageant Mas, which started at 15:00 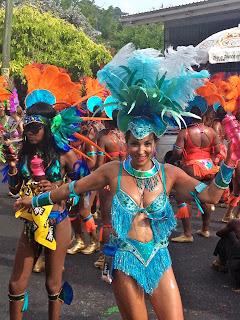 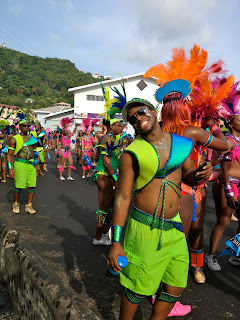 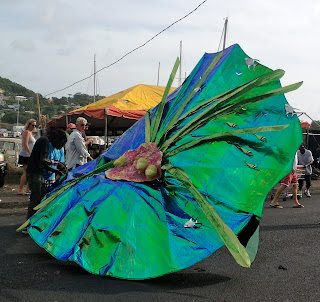 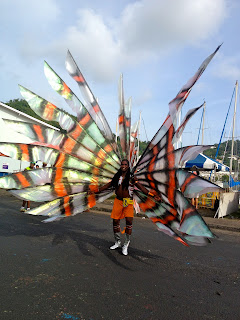 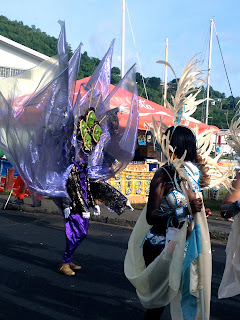 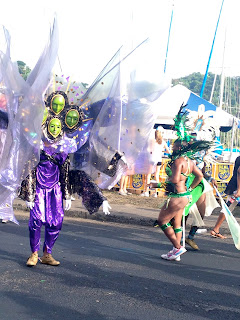 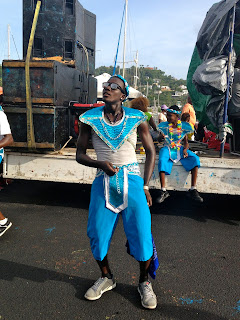 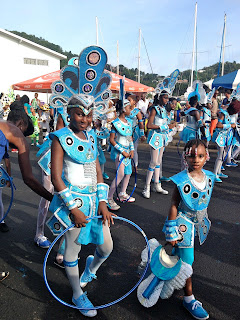 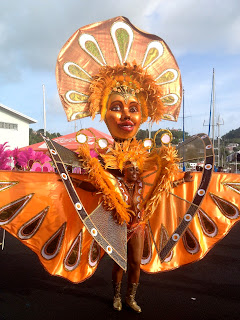 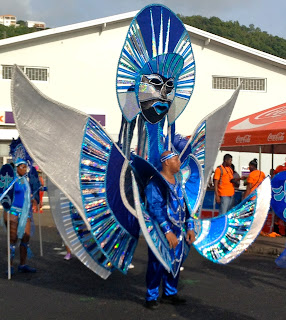 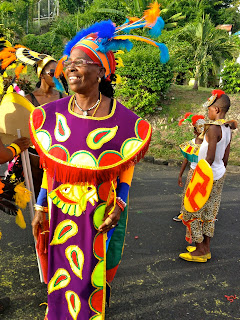 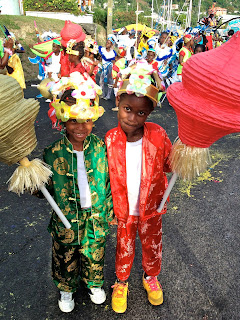 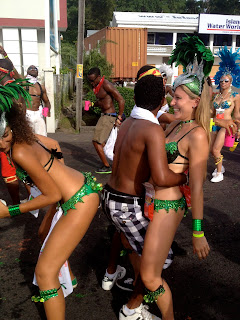 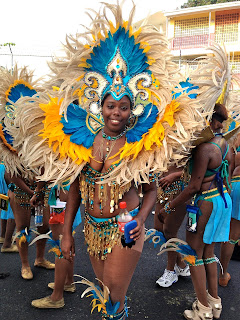 A few beers were had during the late afternoon.  We then went back to Our Rose again for another rest before the evening "Light Night Mas", starting at 20:30 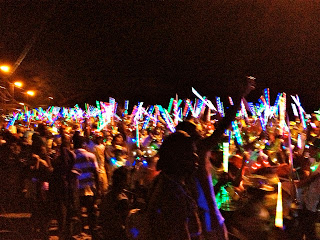 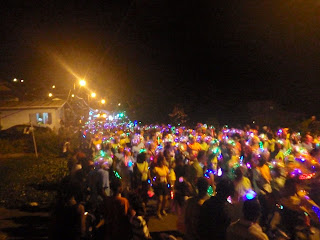 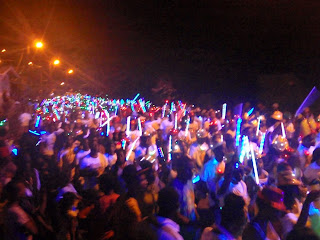 Literally tens of thousands of people were involved - we estimated at least 10% of the population were involved in the actual Carnival, not as spectators like us.

It then finished the next day with "Parade of the Bands"
Posted by Our Journey at 14:06

Email ThisBlogThis!Share to TwitterShare to FacebookShare to Pinterest
Labels: Grenada